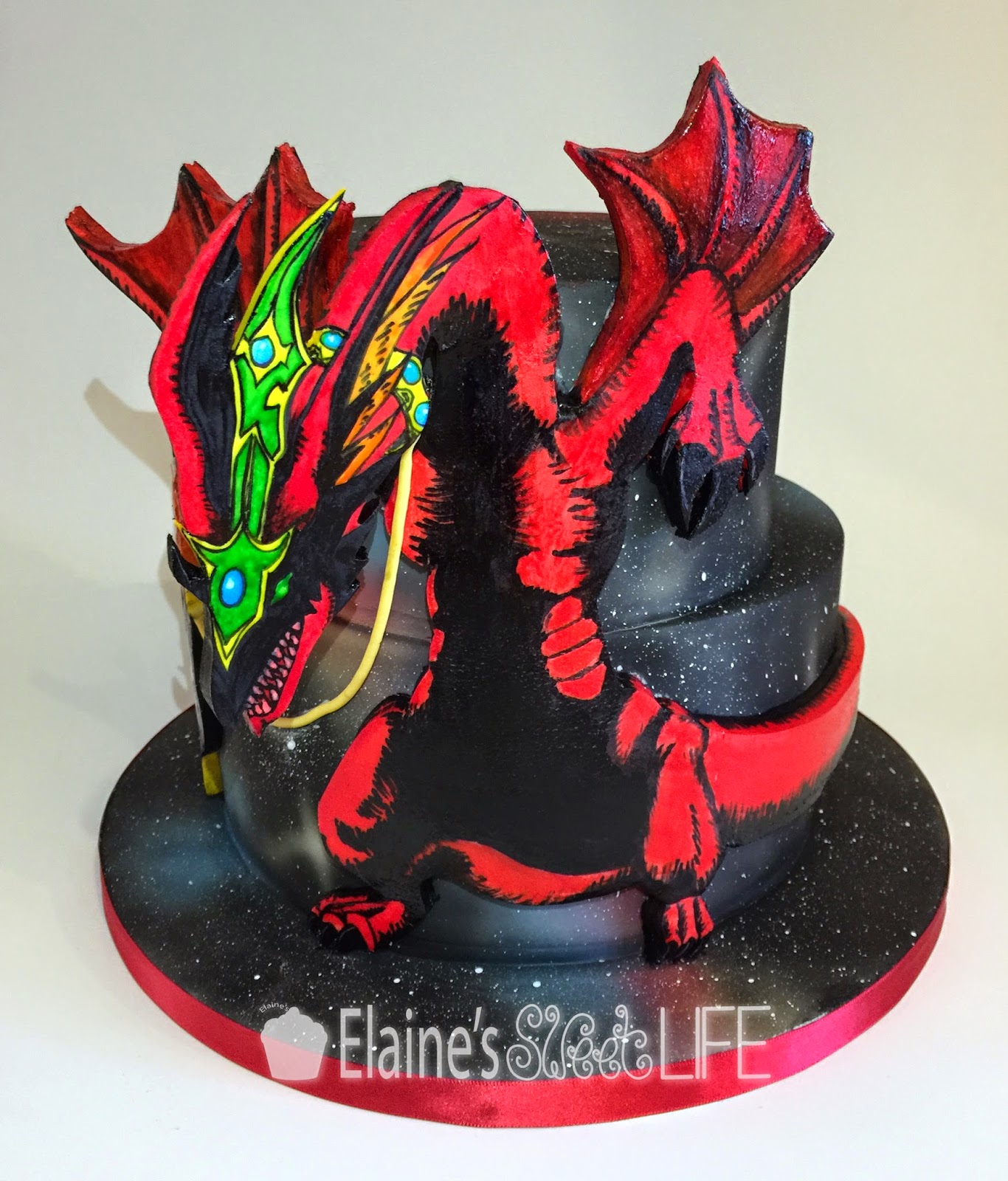 My son is a Yu-Gi-Oh card collector and player, so this year he wanted a Yu-Gi-Oh cake. Featured on the cake is Harpie's Pet Dragon... 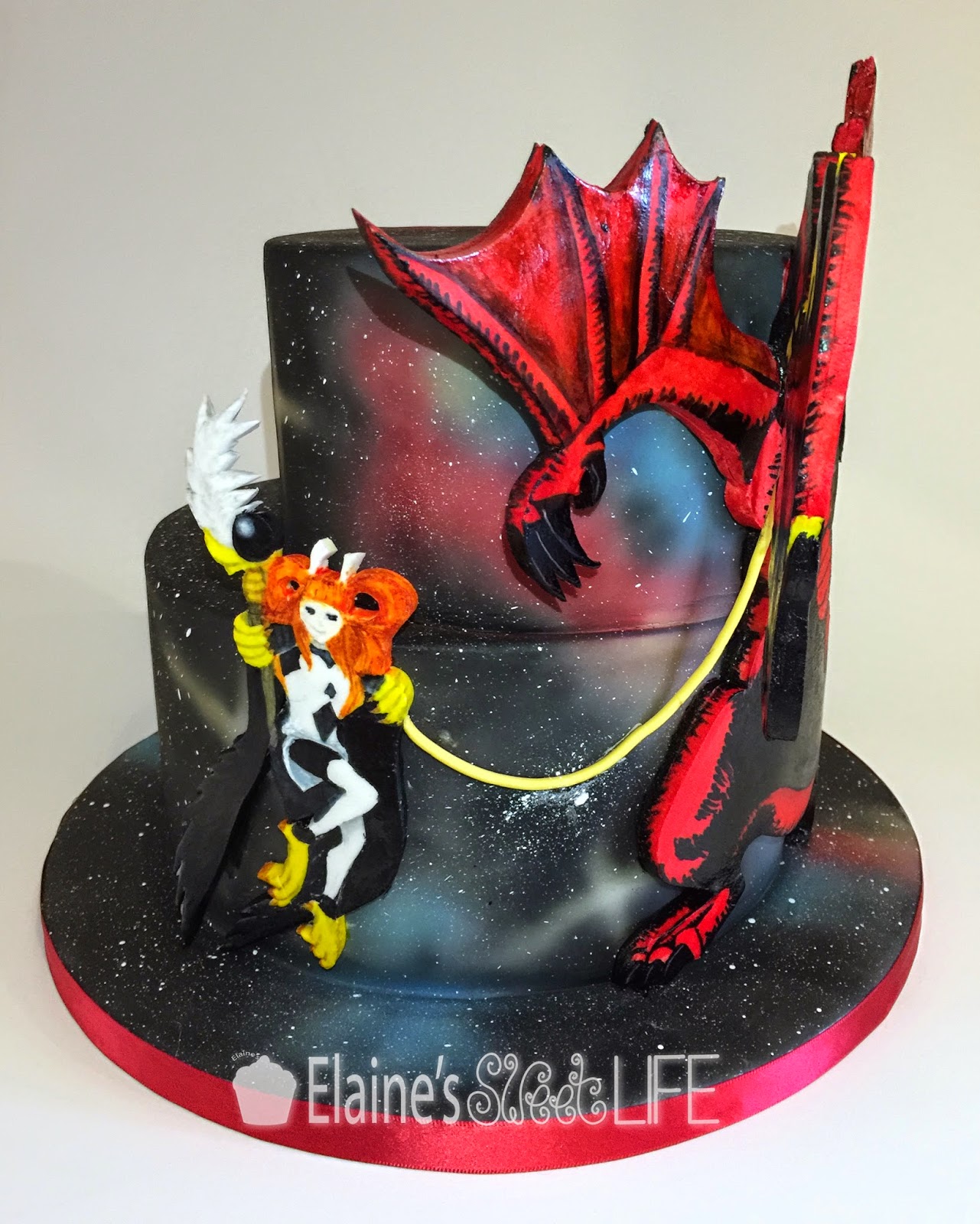 ...and the Harpie, who controls the dragon. 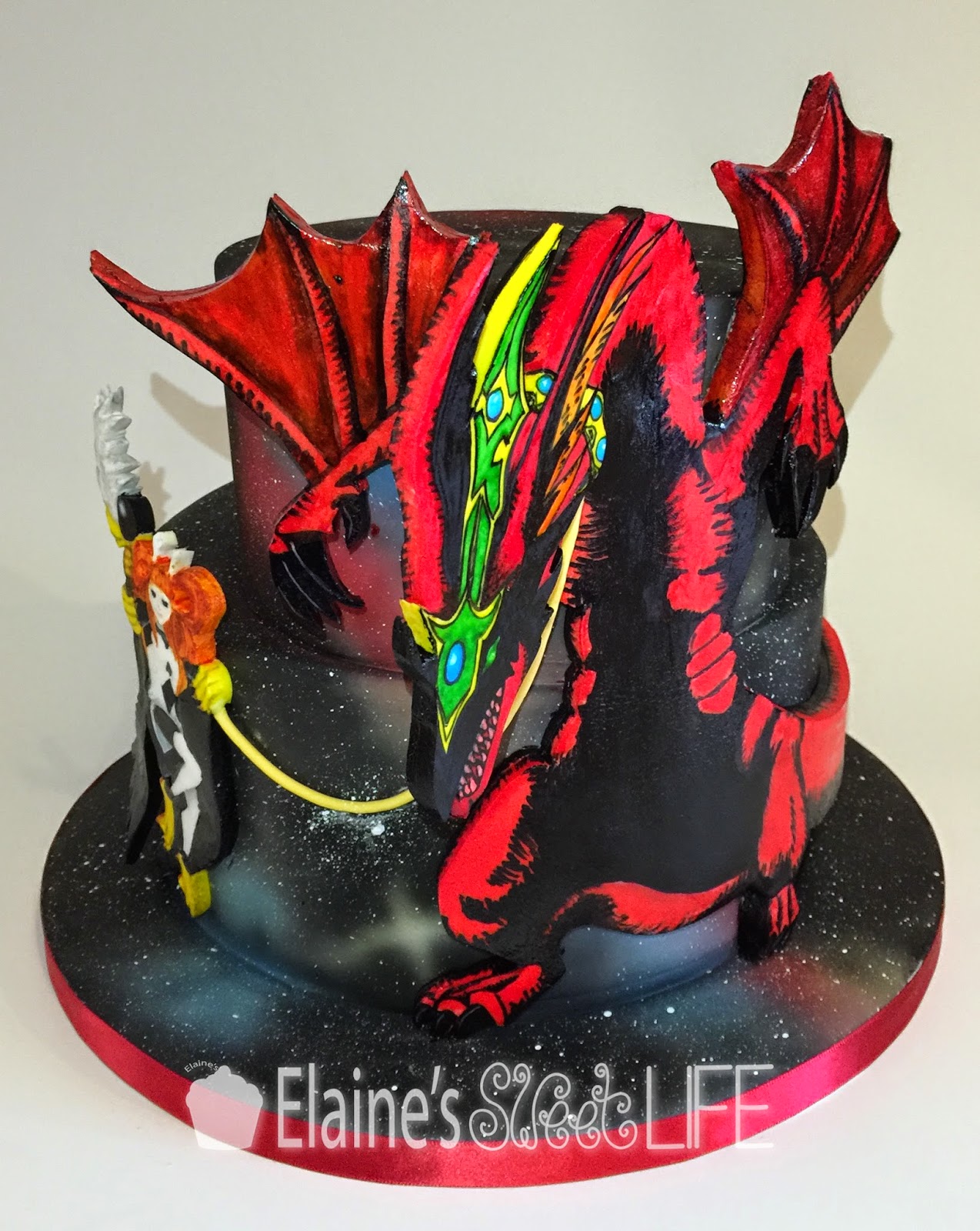 The Harpie and the Dragon are both created by cutting their shape out of rolled out gum paste and  then painting it with Sugarflair colour paste. 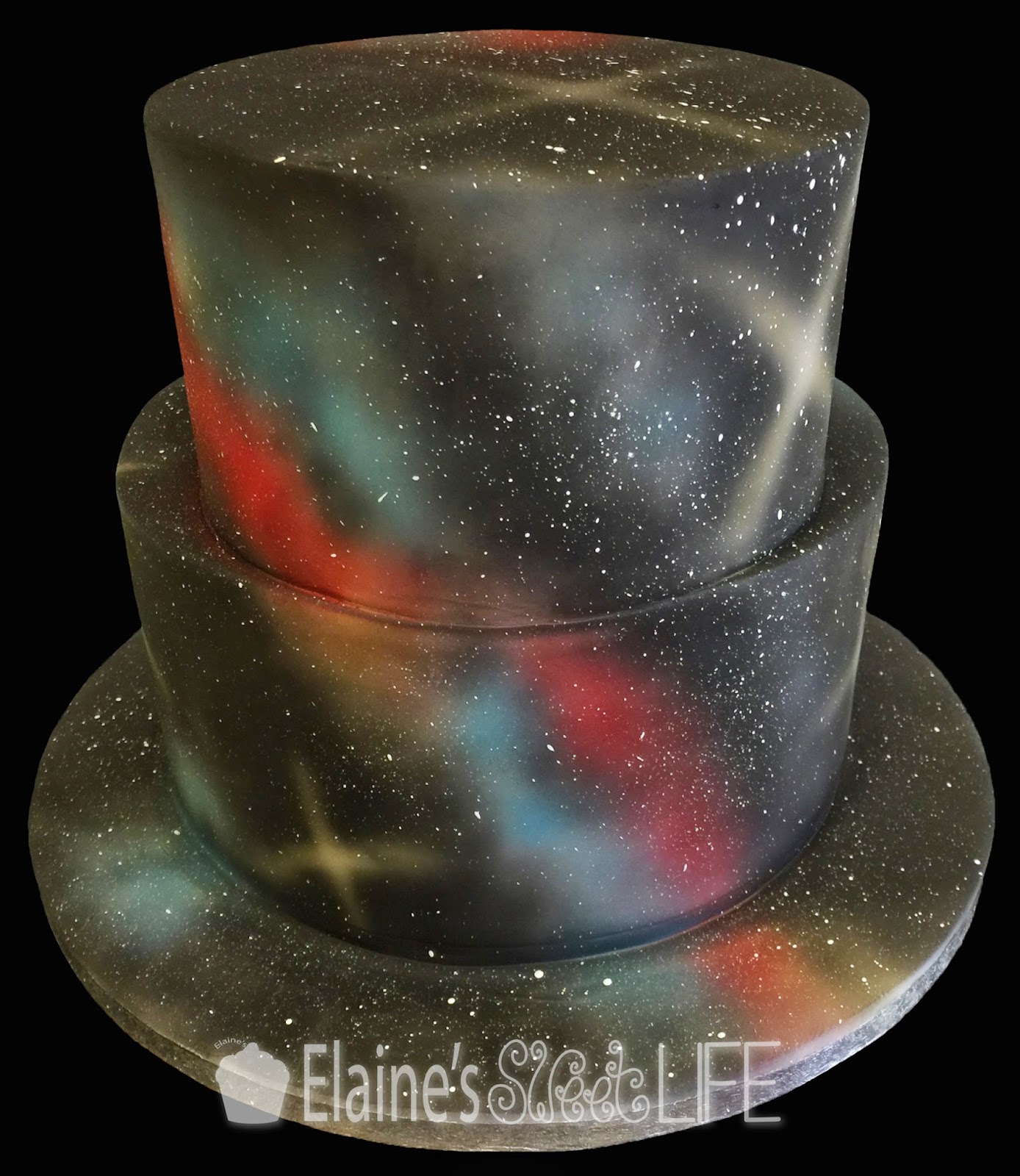 I created the cosmic background by spraying the cake black with my airbrush, leaving white crosses for the large stars and white and grey areas to create the nebulae (the cake was covered with white fondant). Then I sprayed over with yellow, red and blue, mostly filling the white areas (except for the centres of the large stars, which I left white). A bit more spraying with black helped to soften and blend the colours in. Finally, I 'splatter painted' Americolor white onto the surface to create all the tiny stars. I absolutely LOVE how this turned out. So much better than I dreamed I could do, especially considering I was just making it up as I went! I tried to convince my son to let me leave it just like that, but he really wanted those Yu-Gi-Oh characters! 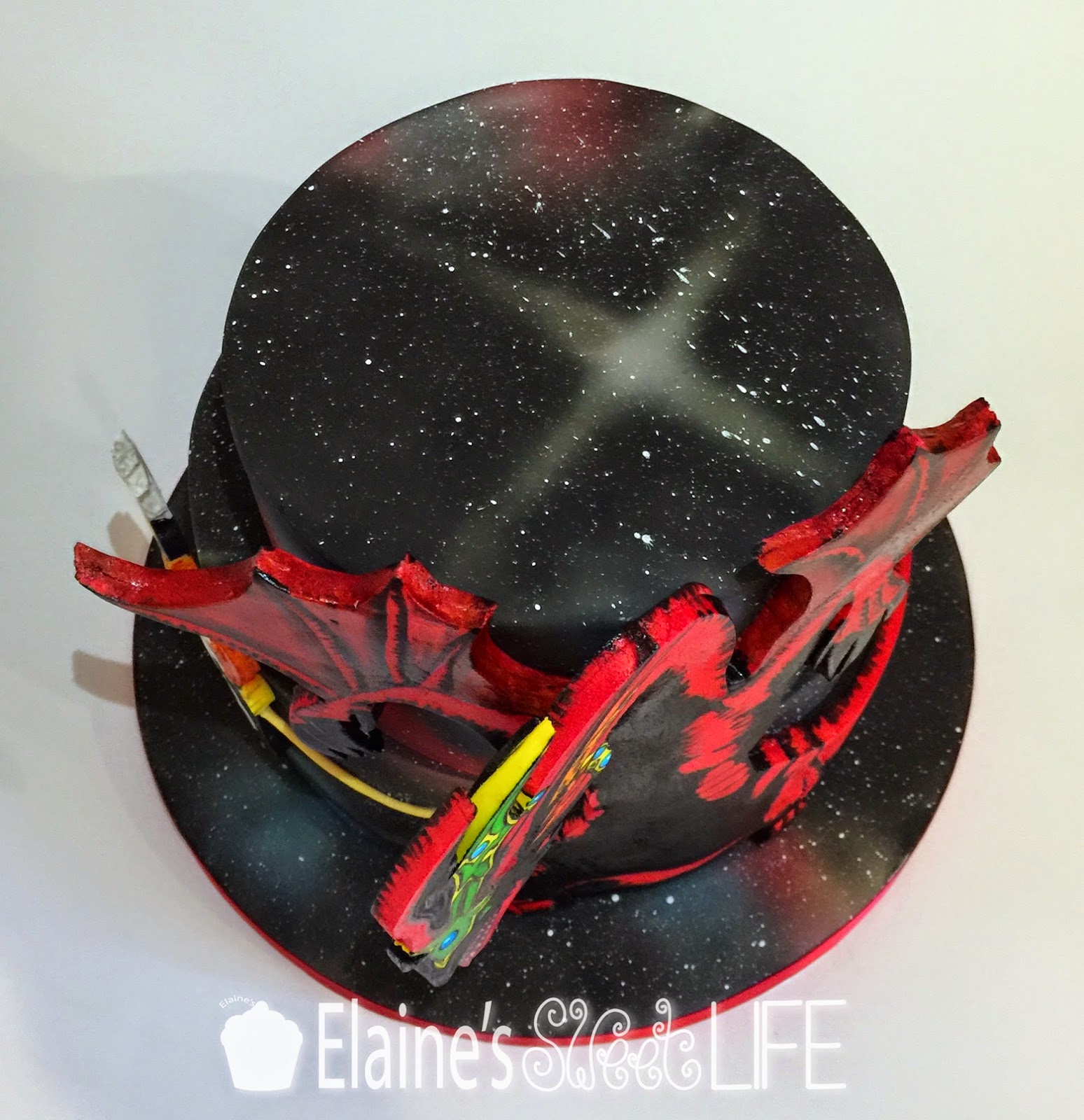 Some wire in the head and neck of the dragon allowed me to give the dragon a bit more dimension. 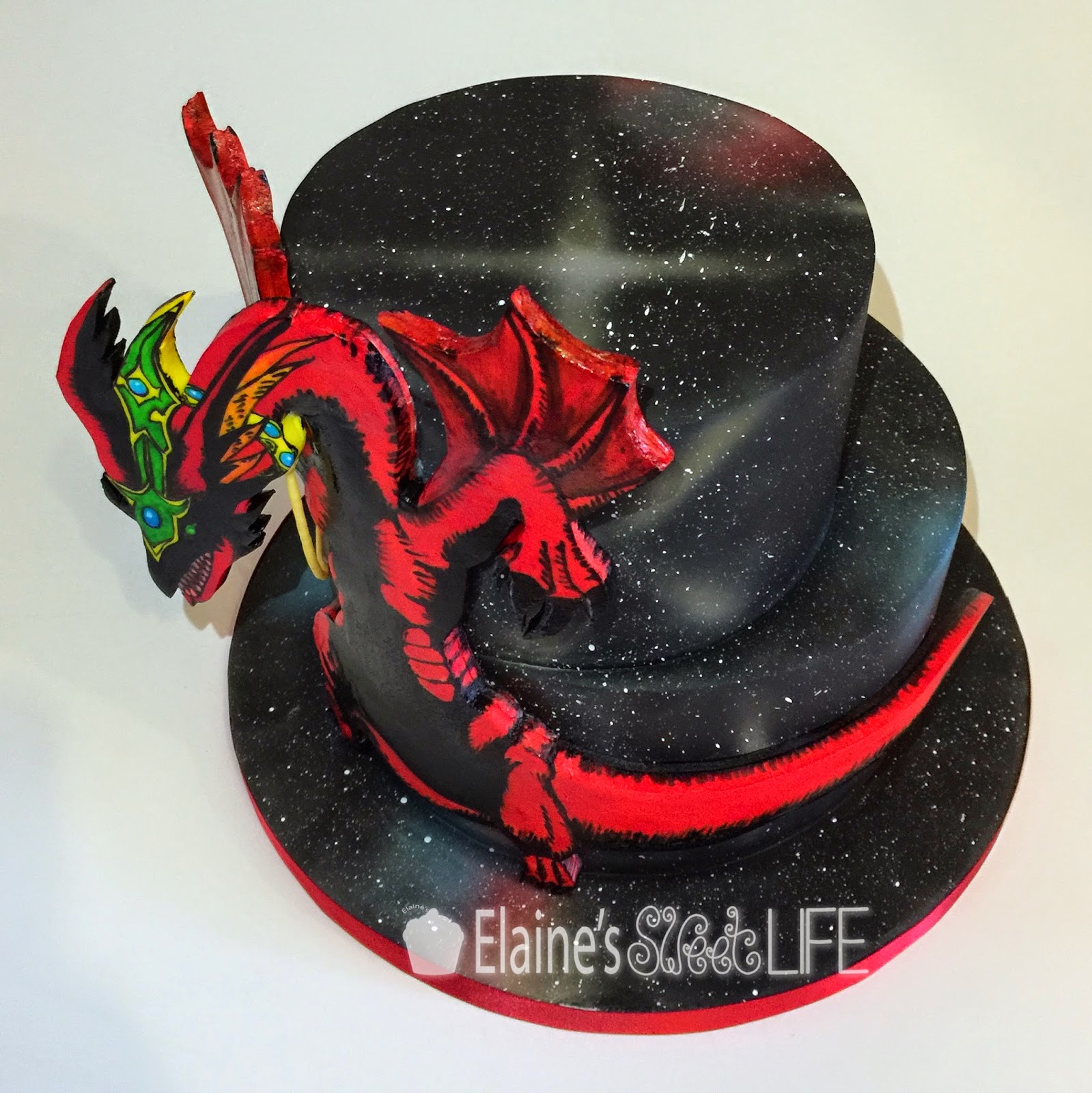 This cake was so hard to photograph! With all that black and the curvature of the cake, it is so hard to capture what the cake really looked like. 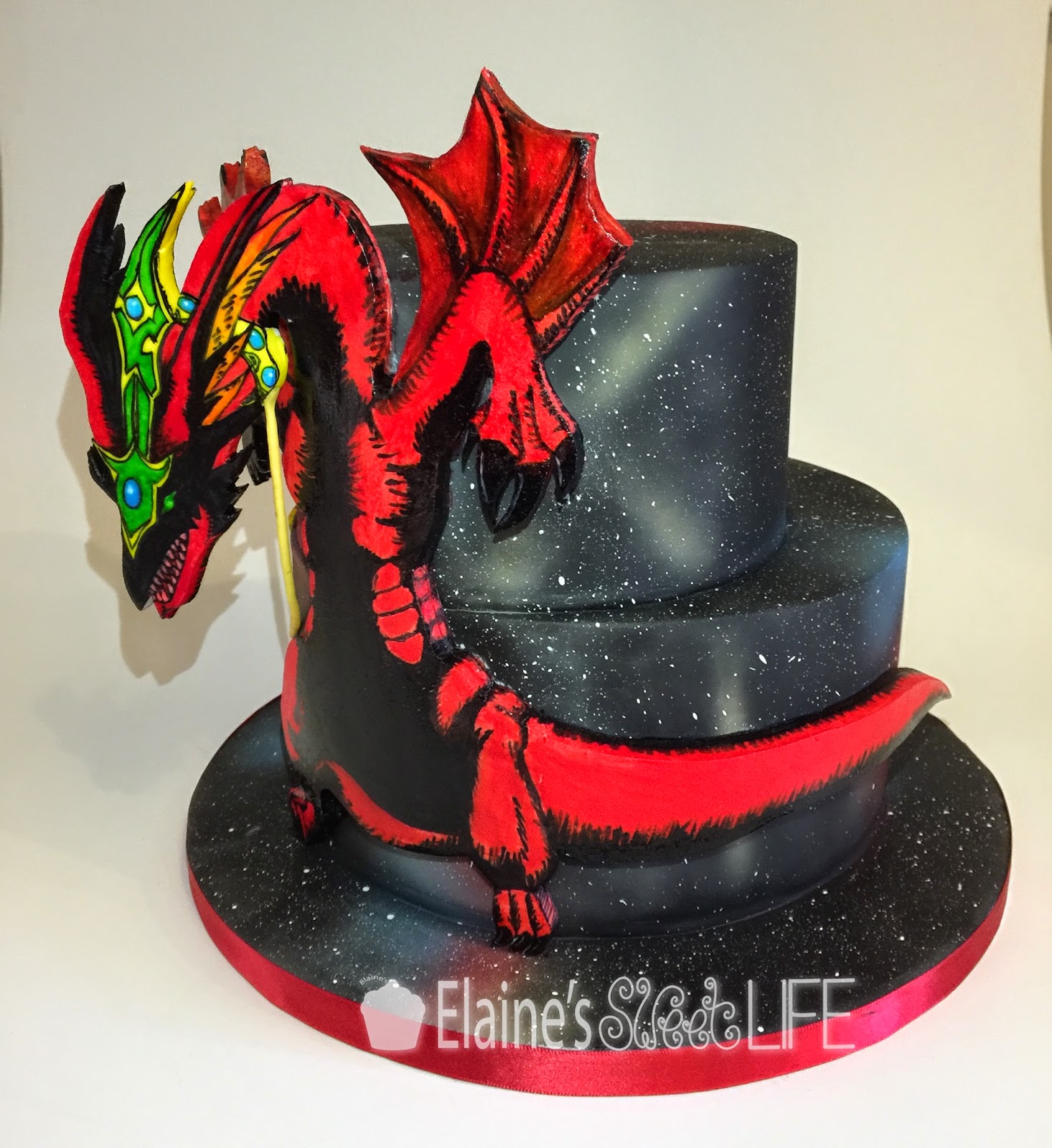 My favourite part of the cosmos ended up on the front of the cake - almost completely covered by the dragon, but this side doesn't look bad either. 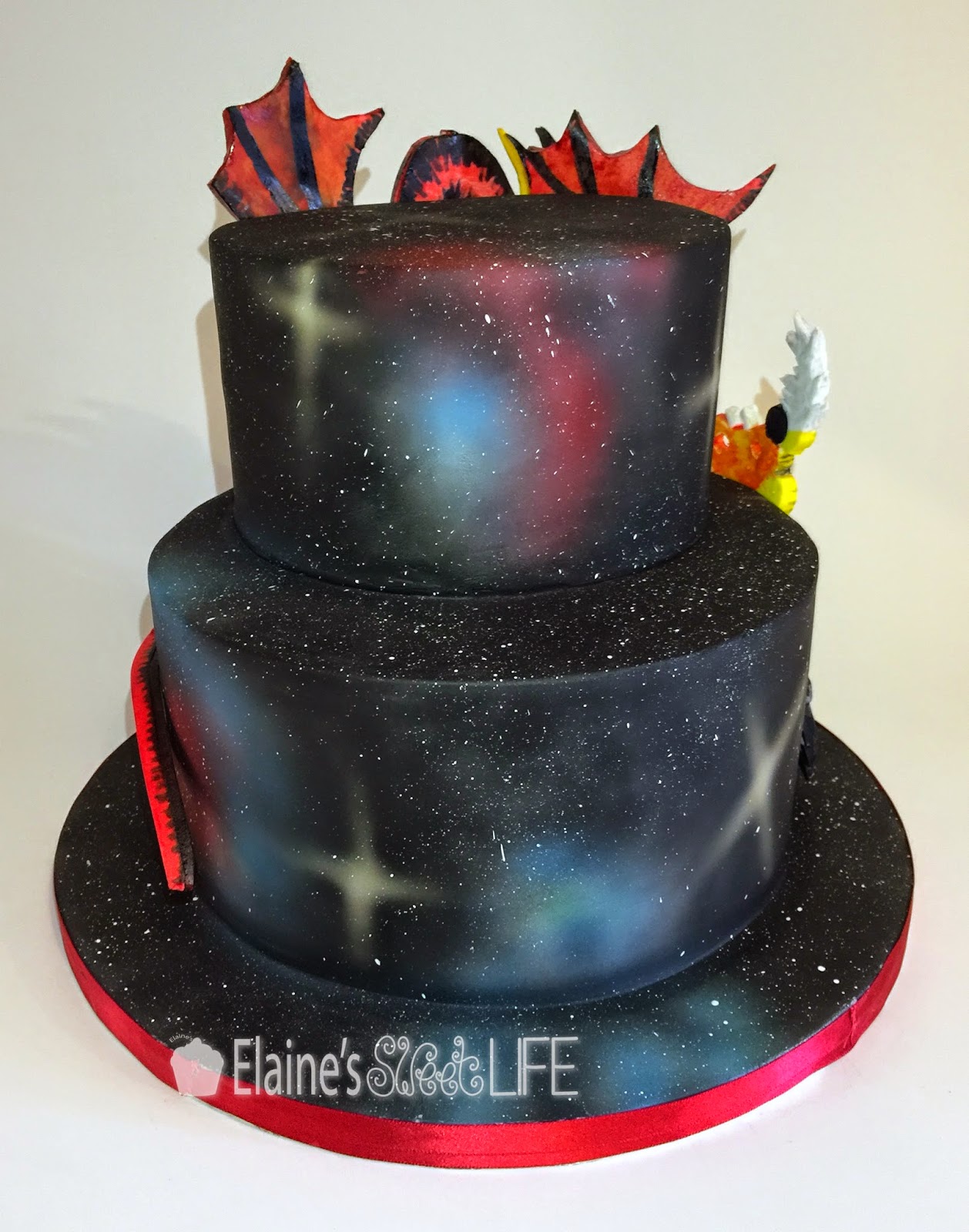 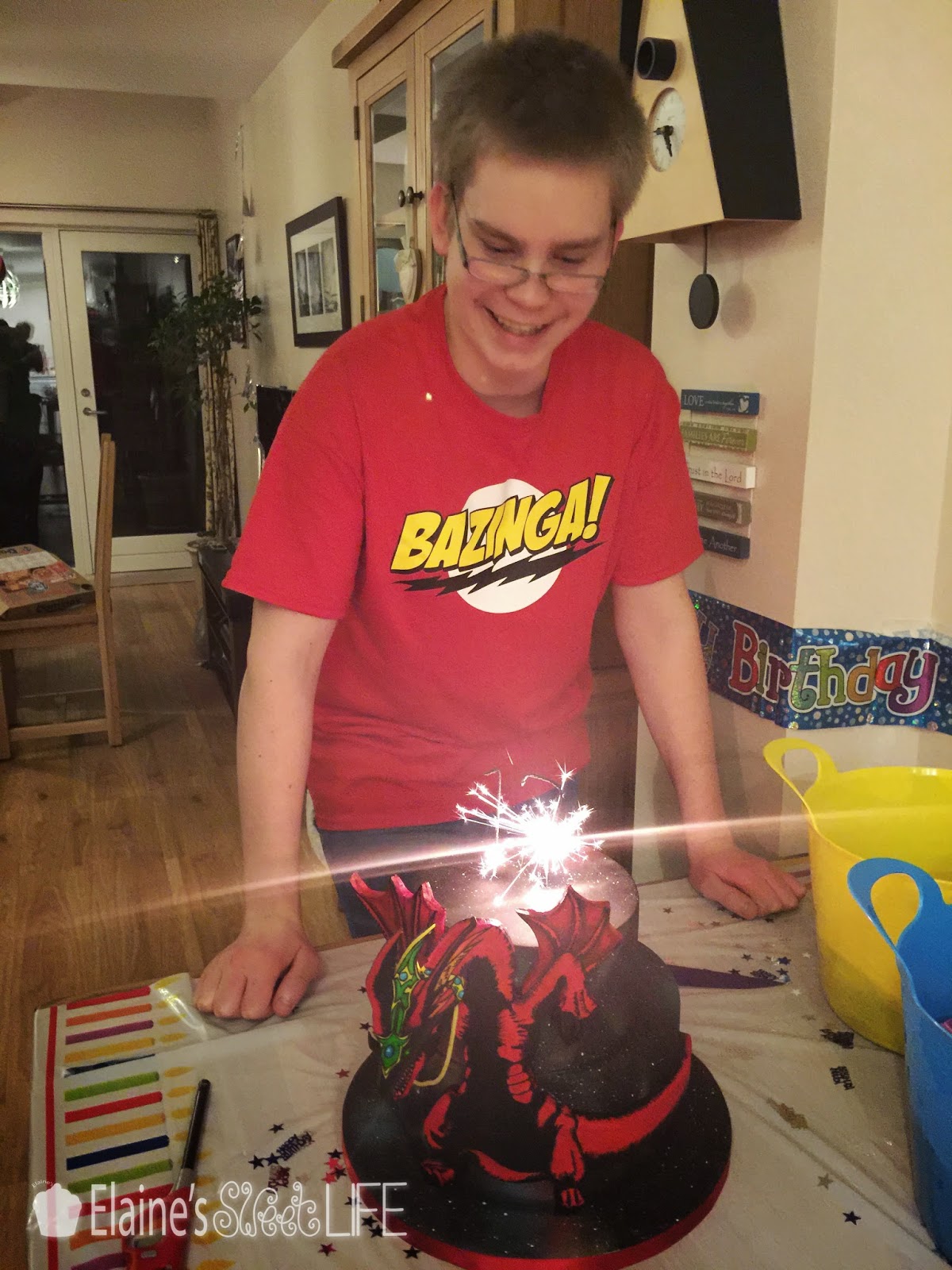 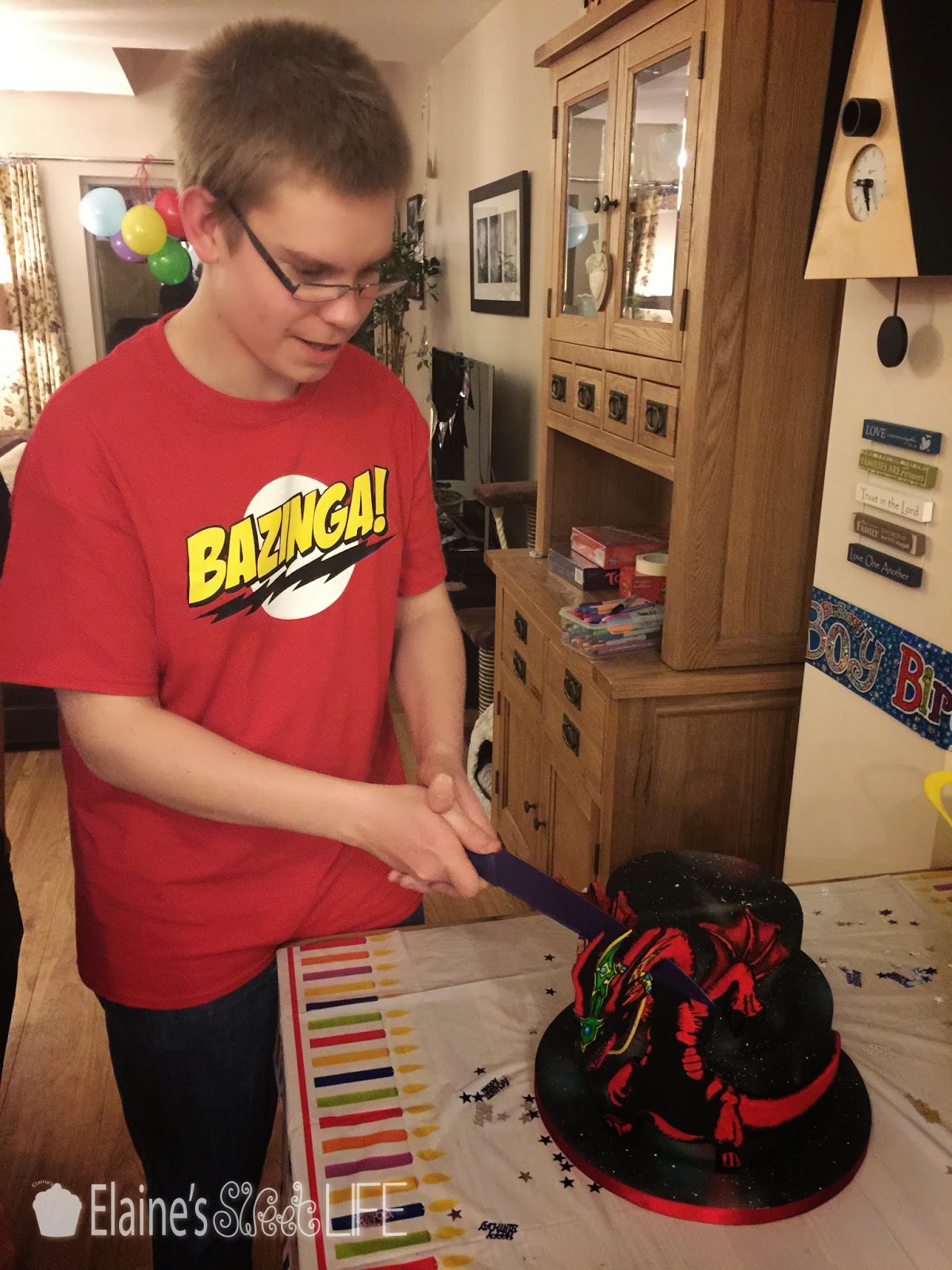 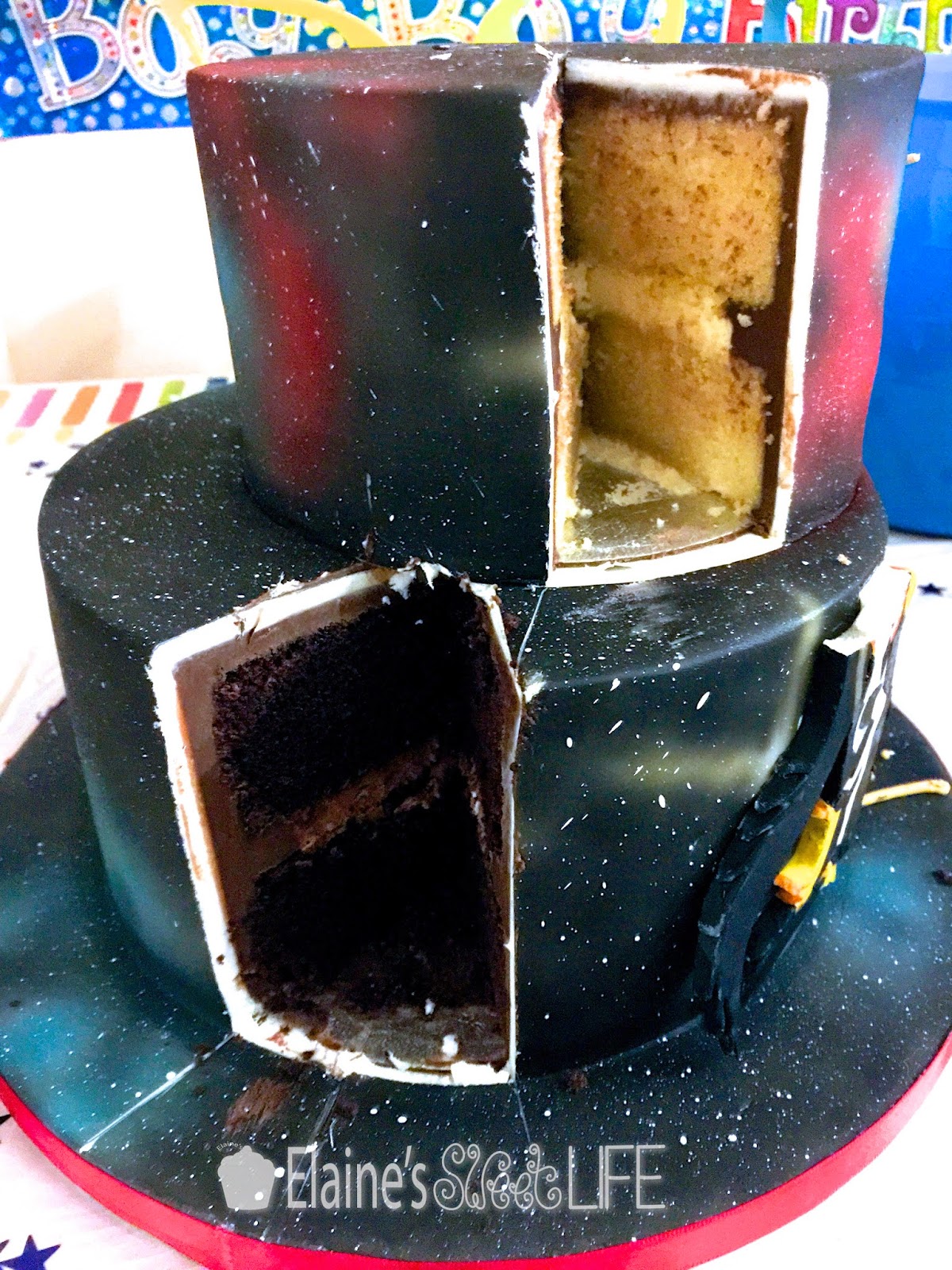