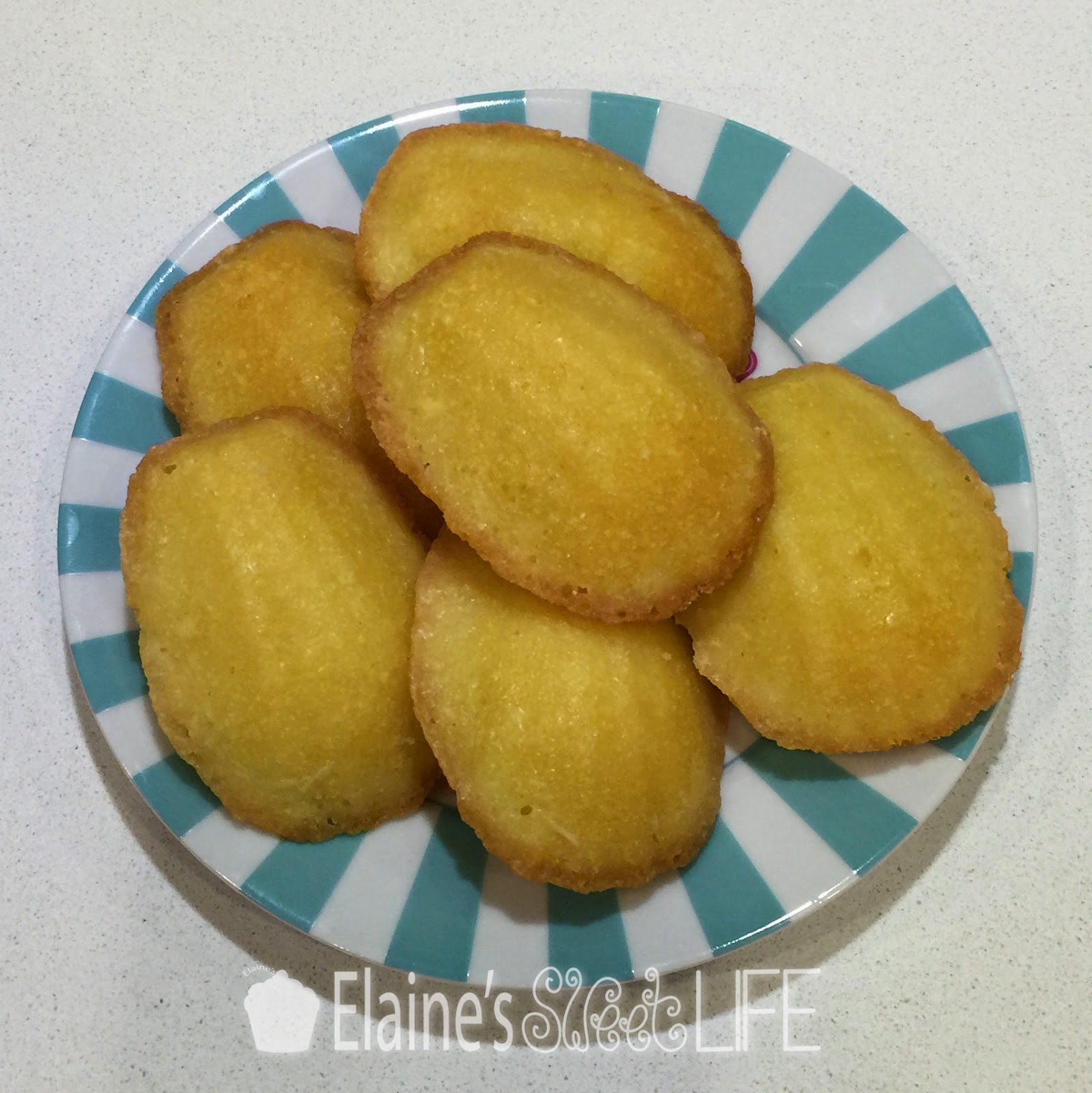 My husband bought me some Madeleine pans last week, so this weekend I tried making these yummy little cakes - or are they cookies? 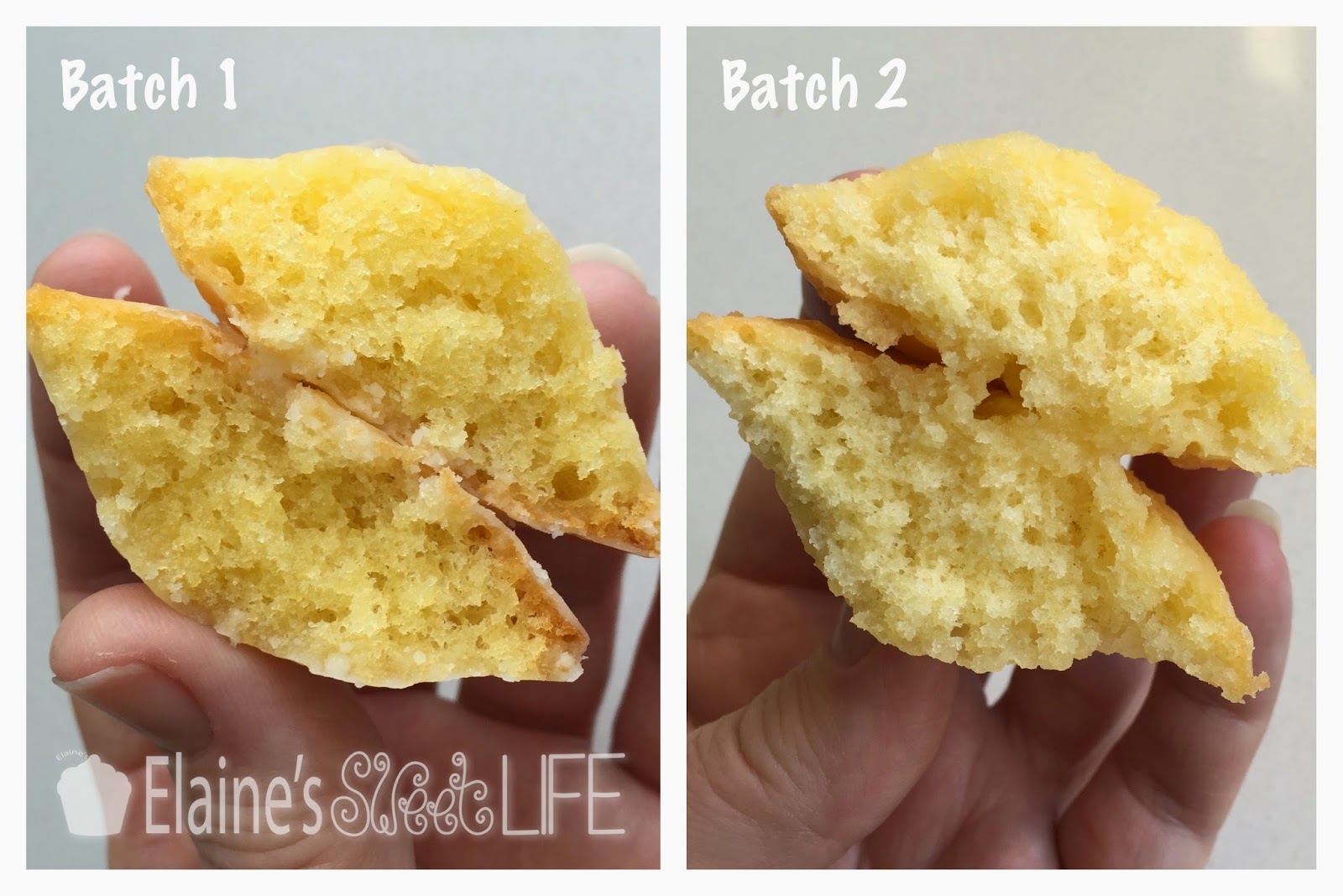 I made 2 batches with the same recipe - I used a "chill the batter in the fridge for hours" recipe.
Batch 1 tasted OK, but the texture was a little bit coarse. As you can see from above, batch 2 has a softer, more spongy texture. Th flavour was also better in the 2nd batch.

Batch 1: Hand mixer and Stork margarine.
I beat the eggs and sugar with a hand mixer for 8 minutes. The mixture was thick and light, but had quite big bubbles. By the time I had added all the flour, it was quite a loose batter. The melted margarine was quite hard to incorporate, and made the batter even more runny. Even after leaving in the fridge for 4 hours, the batter was soft, and spread as soon as I  spooned it into the mould. 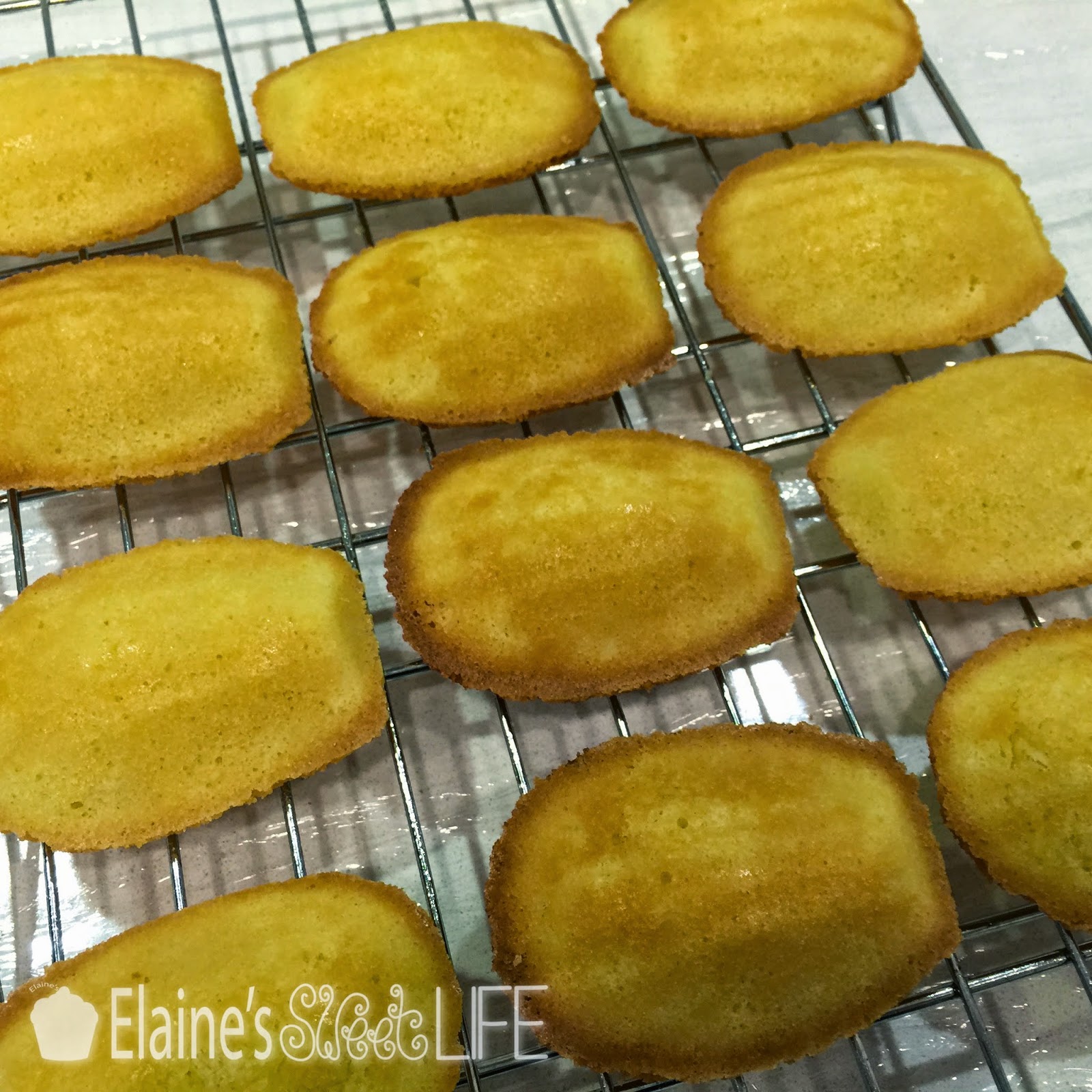 They baked OK, though they spread even more, spilling over the edges of the moulds and the tops came out nearly flat (I trimmed the irregular edges off - I thought I had taken a photo before I did that but I can't find it now). 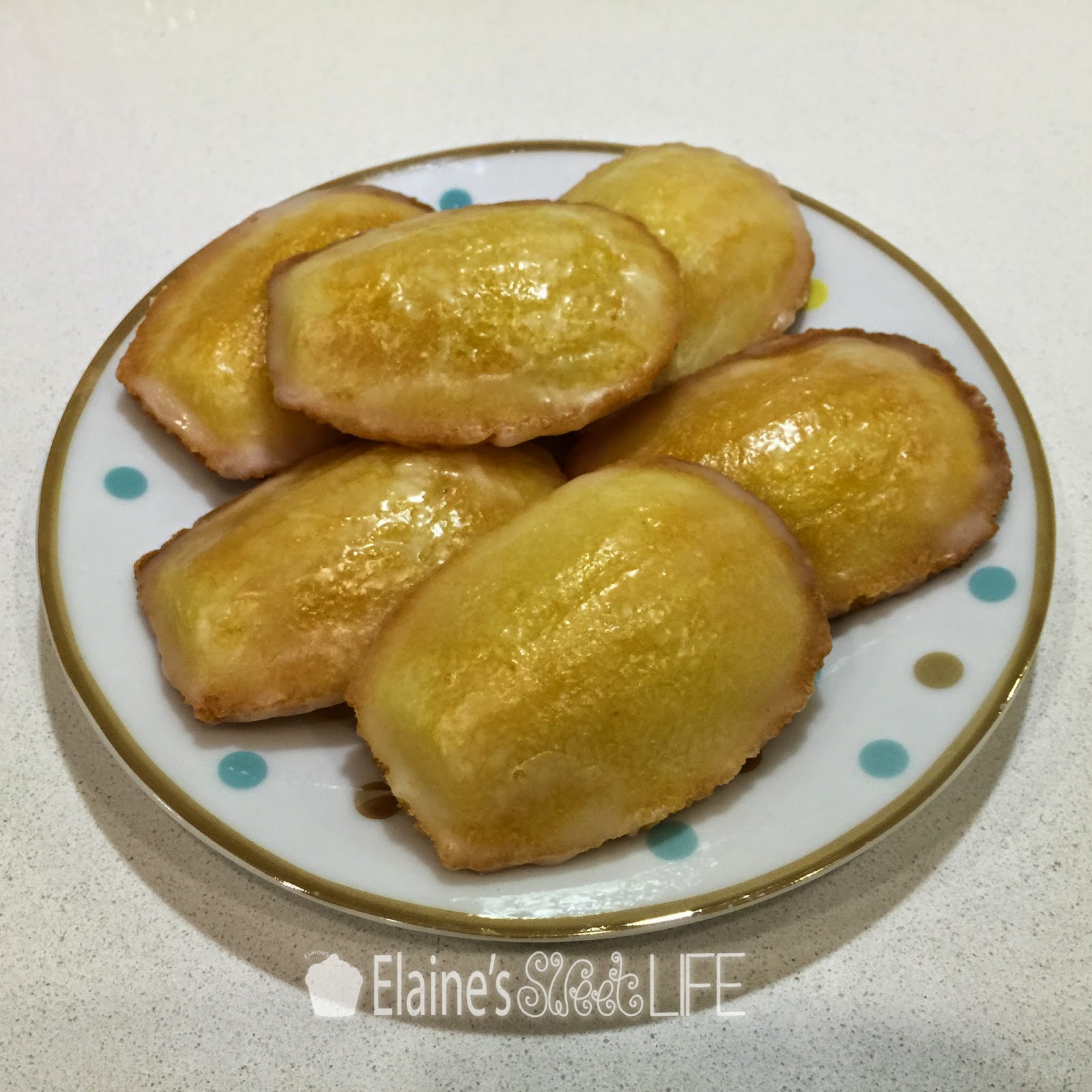 The kids and I thought batch 1 were quite nice, though my husband didn't like them at all, he said they just weren't right.

Batch 2: Stand mixer and Butter.
This time I beat the eggs and sugar in my KitchenAid Artisan mixer. After 8 minutes the mixture was light and fluffy with a much more silky texture than in batch 1. After the addition of the flour the batter was really thick. The butter was easier to incorporate and the batter was still quite thick. After leaving in the fridge, the batter was thick enough to hold it's shape, though still soft and fluffy. My son said it looked a lot like mashed potatoes. 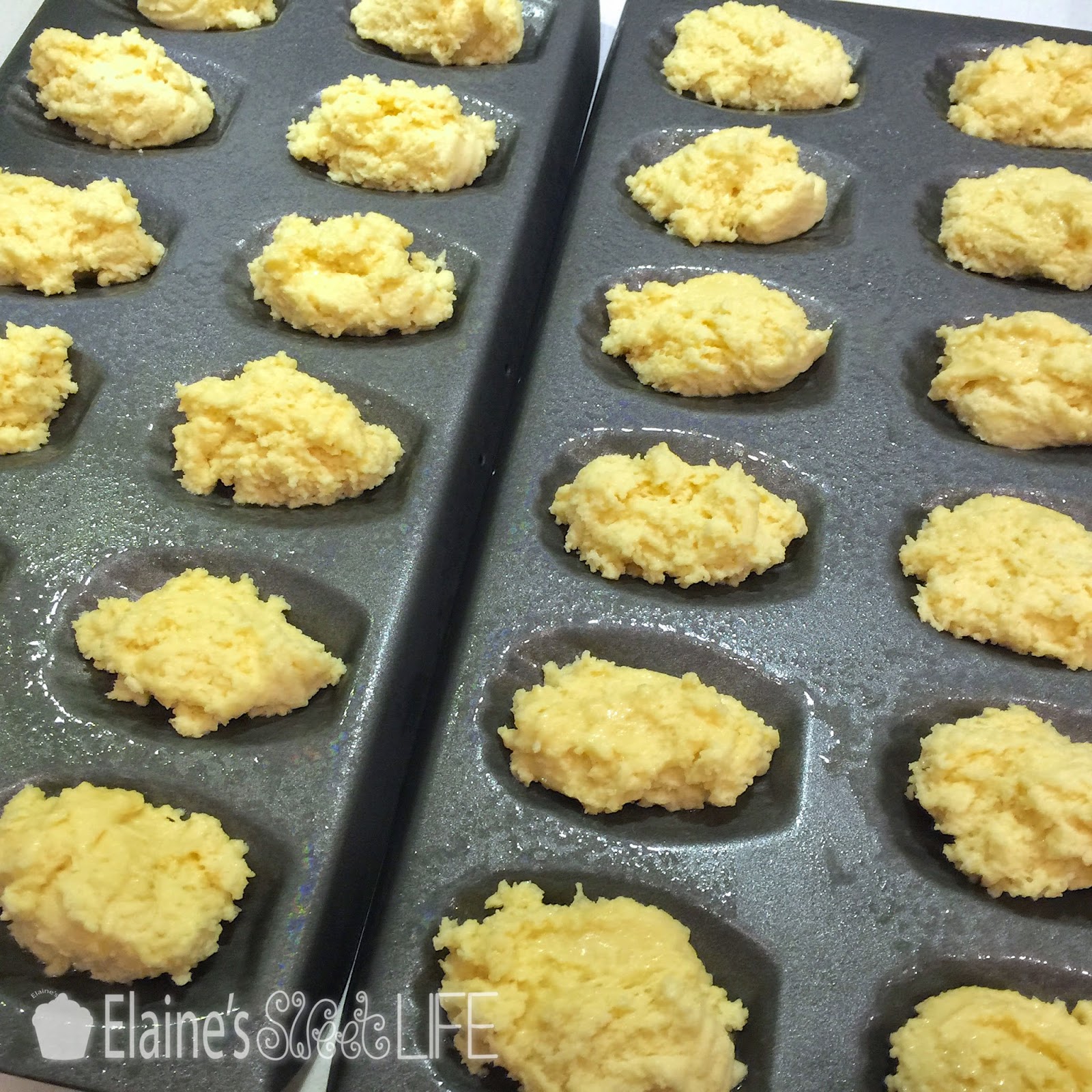 This time they baked beautifully, with that classic dome in the middle. 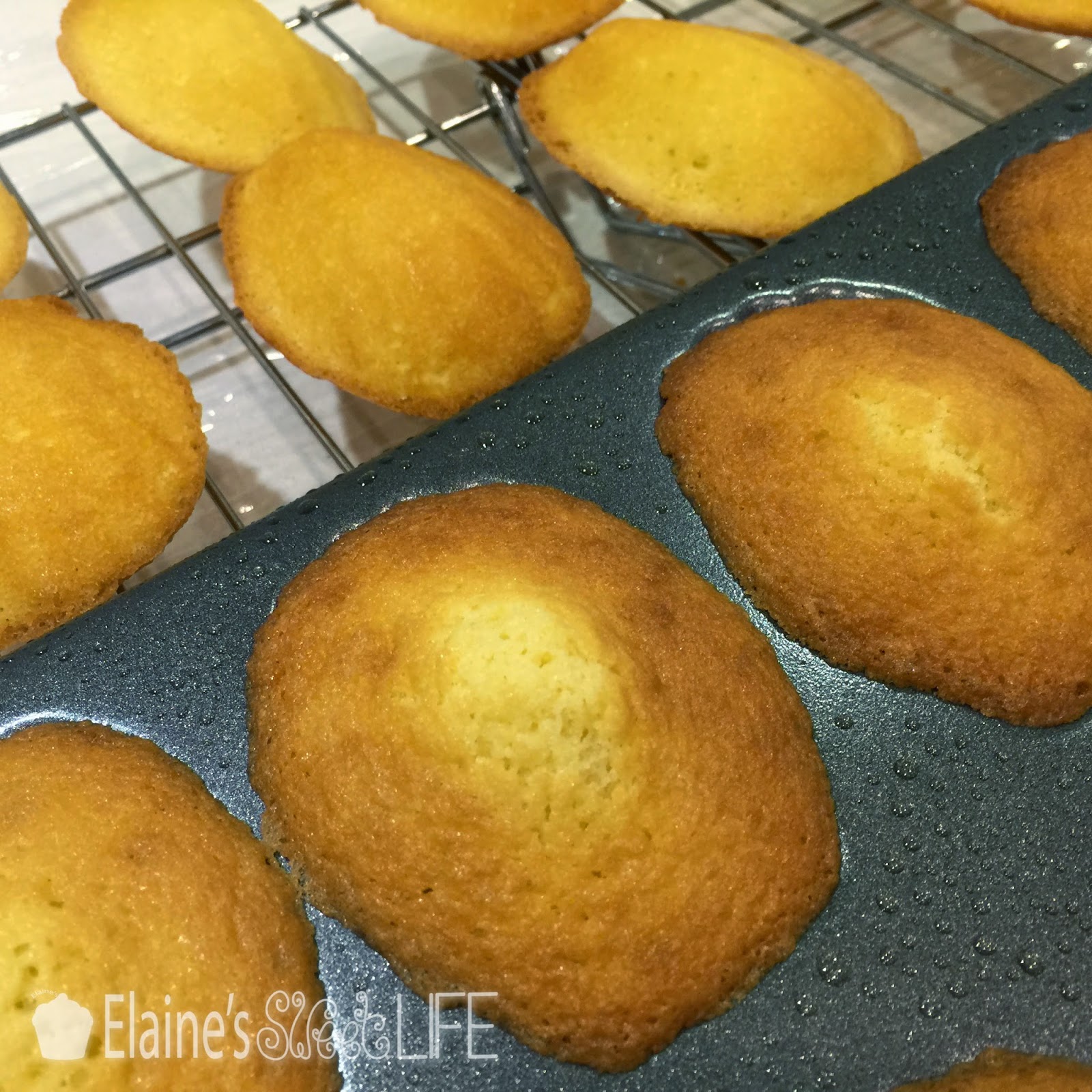 Unfortunately, my oven does not bake evenly, so I end up with a range of golden browns across the batch. 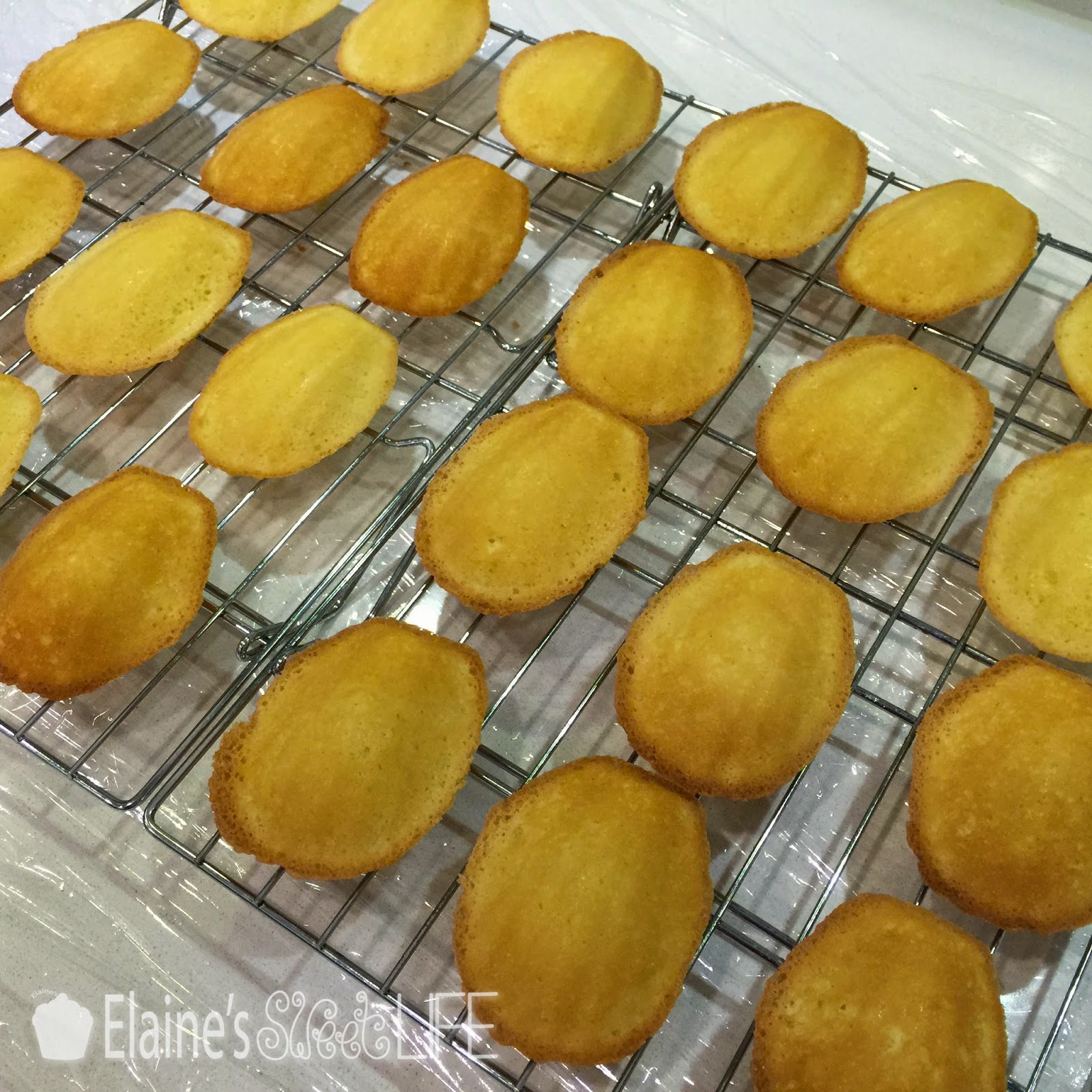 A little bit of lemon glaze and they are ready to eat. These ones tasted great, even my husband agreed. 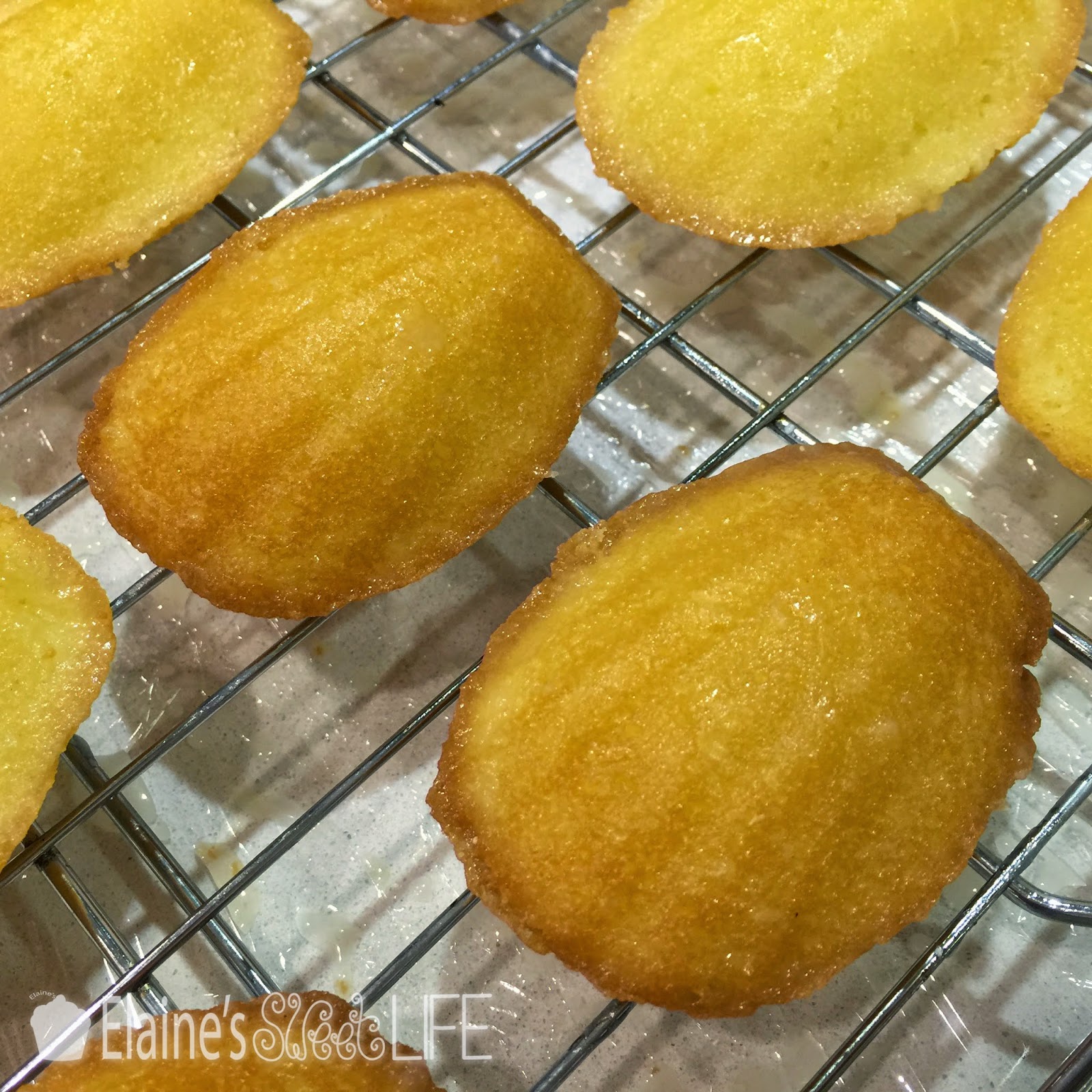 I want to try another recipe, one that includes lemon zest in the batter and doesn't require a glaze. I'll let you know how that works out...

Email ThisBlogThis!Share to TwitterShare to FacebookShare to Pinterest
Labels: Madeleines