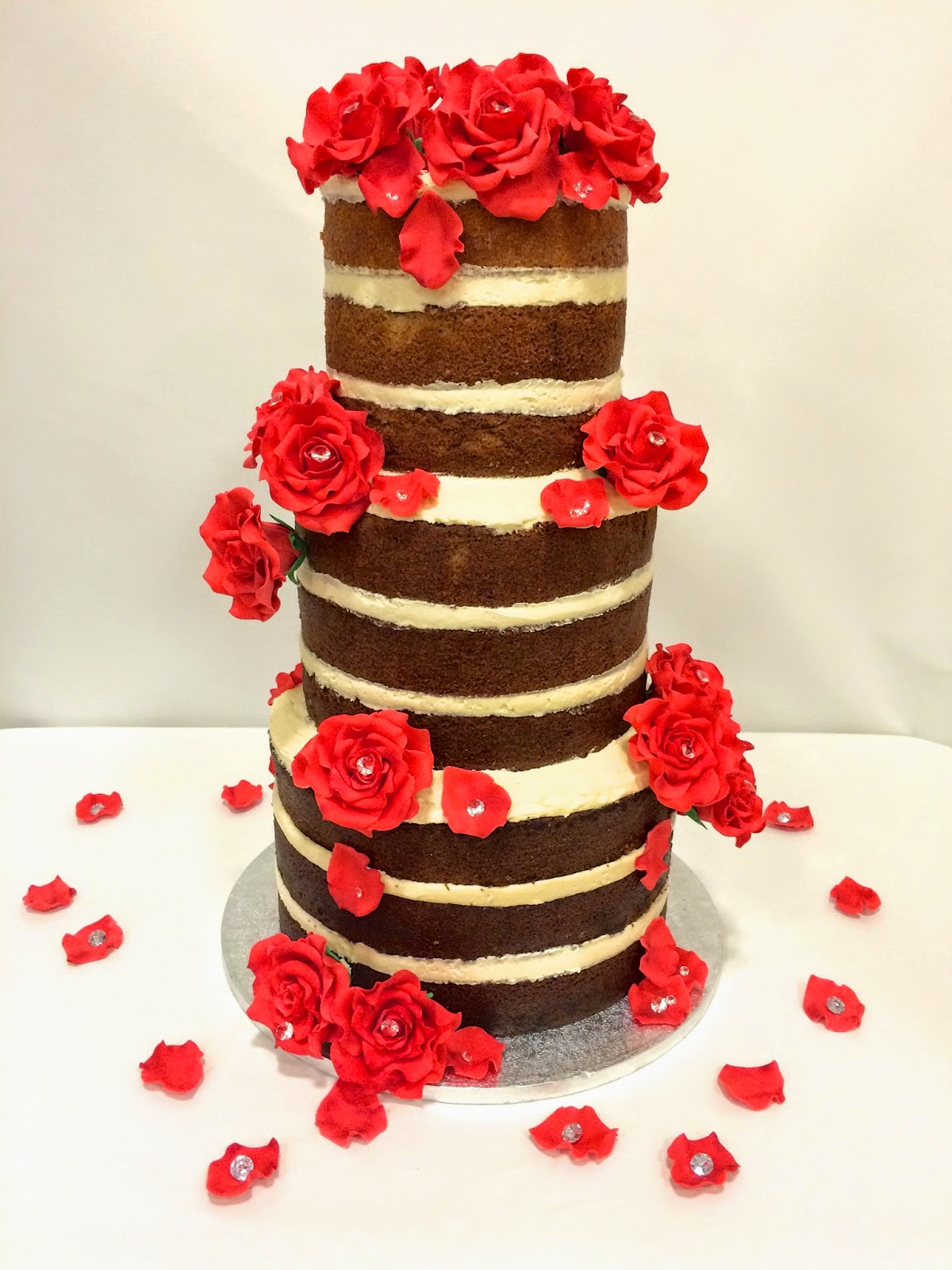 A couple, whom I respect and love, celebrated their 60th Wedding Anniversary last week! I was given the great privilege of making their cake for the party on Saturday. Between my problematic right arm and their dislike of too much icing, we decided that a naked cake was in order, decorated simply with roses (I can still make these, though they take 3 to 4 times as long). 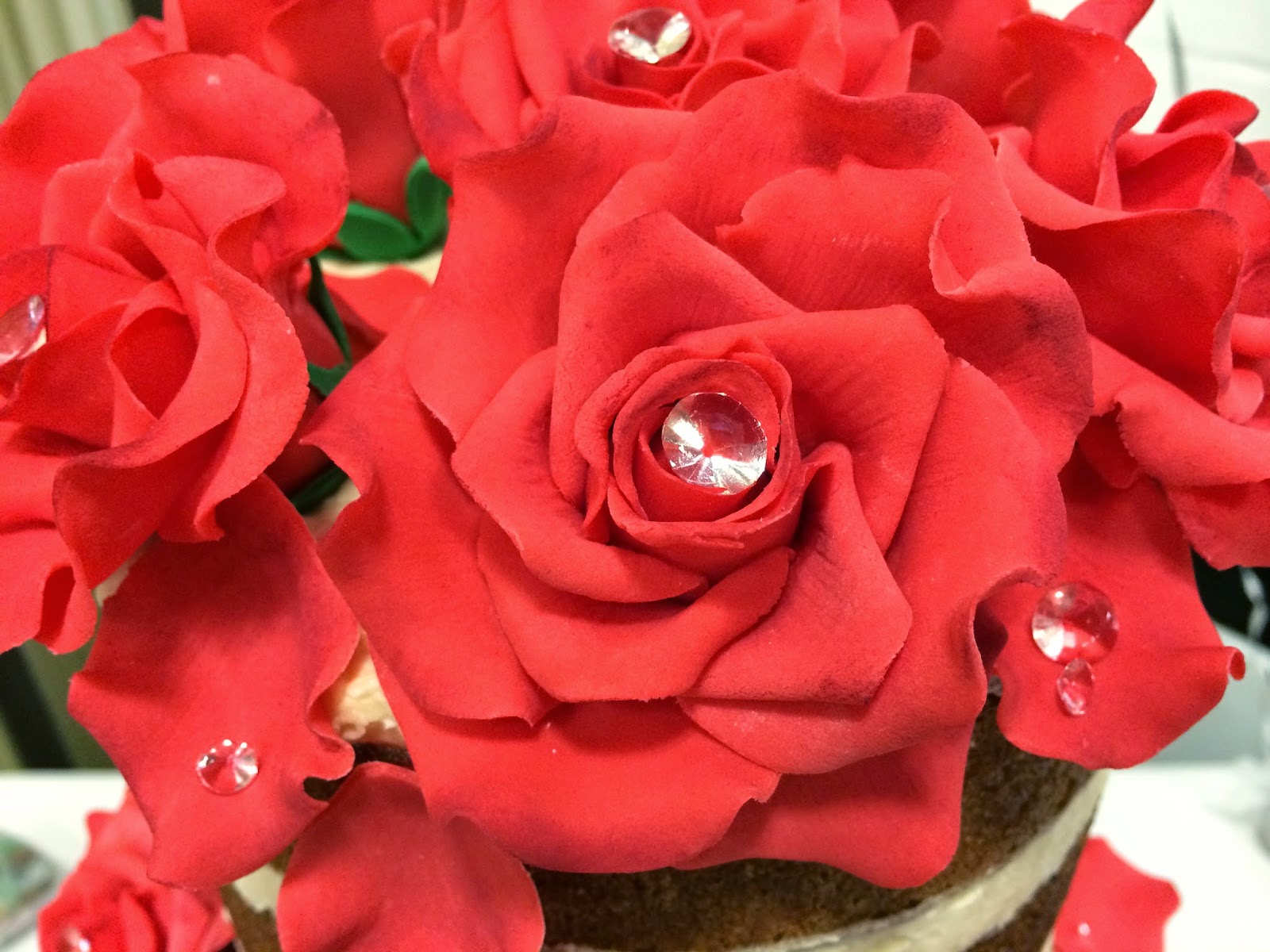 I included many edible gems, since the 60th Anniversary is also the Diamond Anniversary. 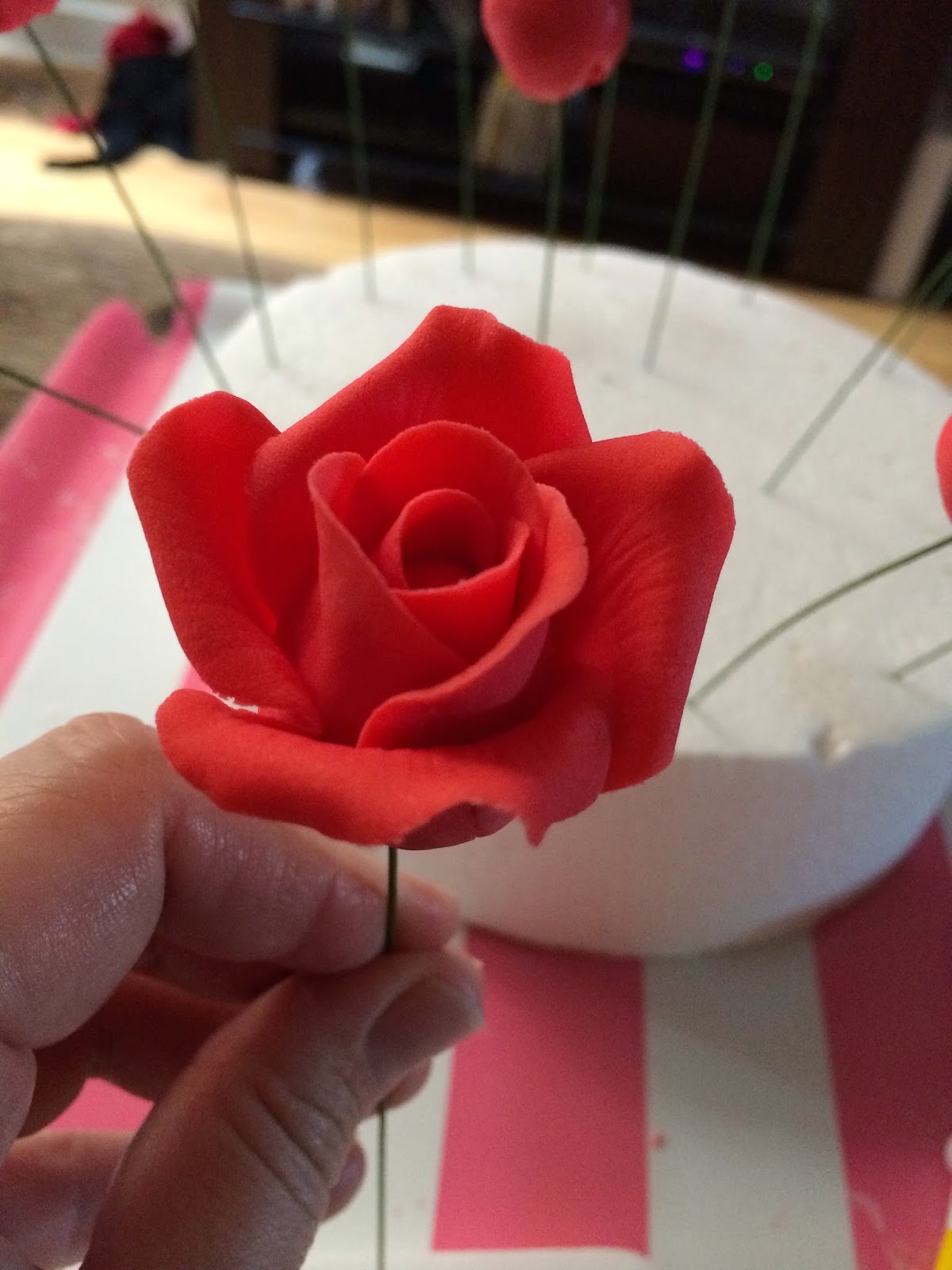 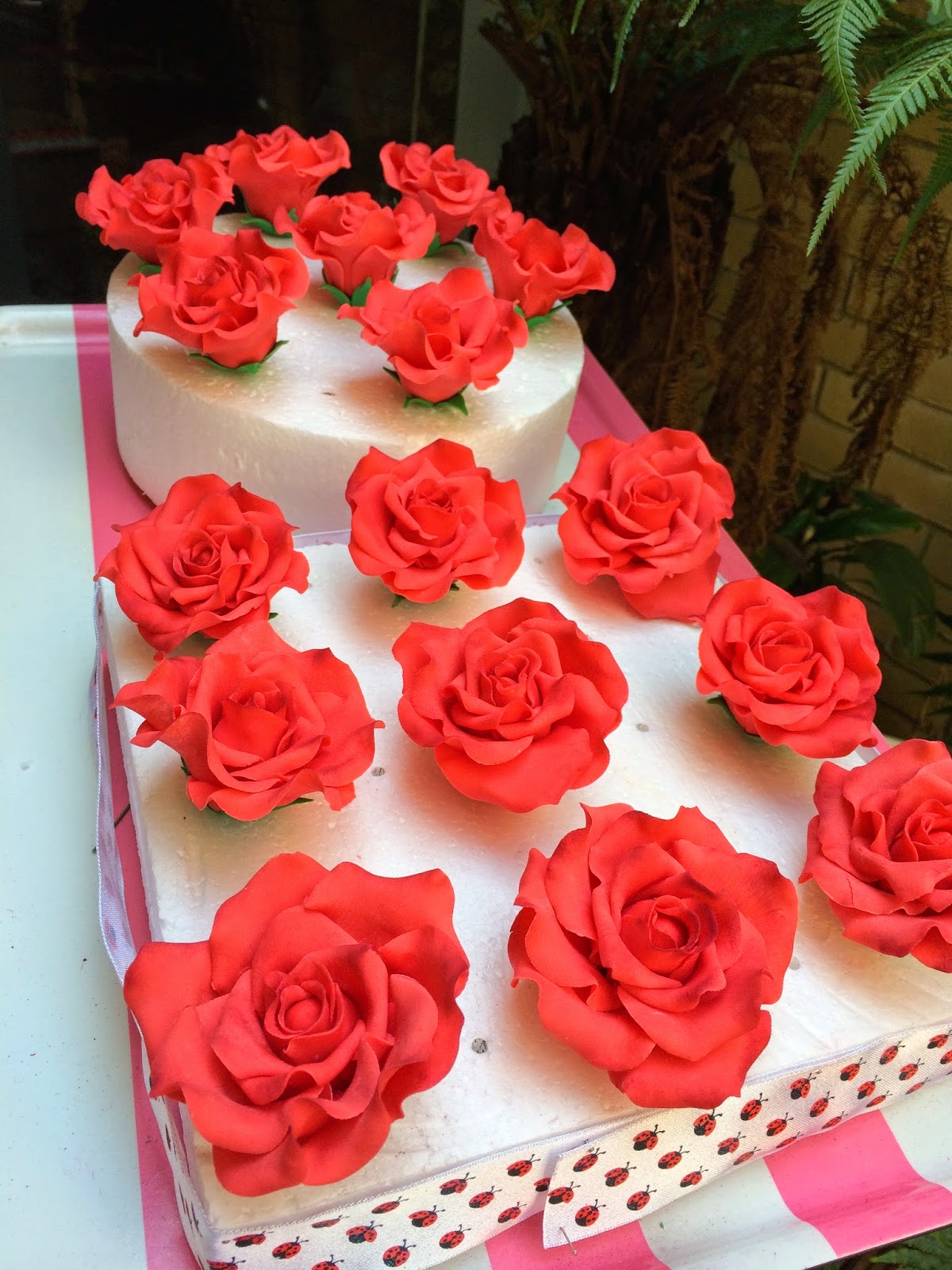 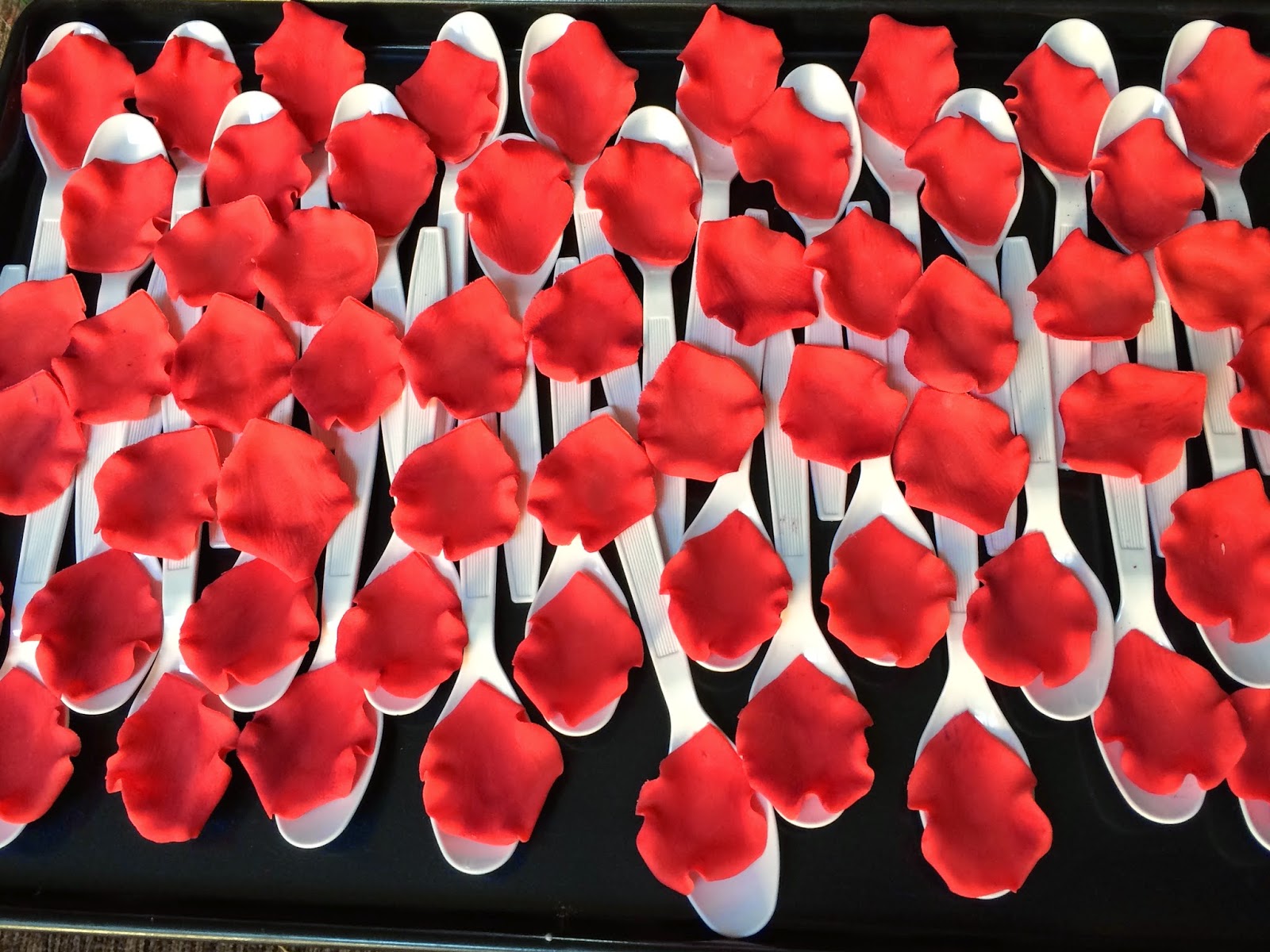 I decided that I wanted the cake to be ombre, graduating from vanilla at the top to dark chocolate at the bottom. I did careful calculations to get my ratios correct and my batters came out looking good. 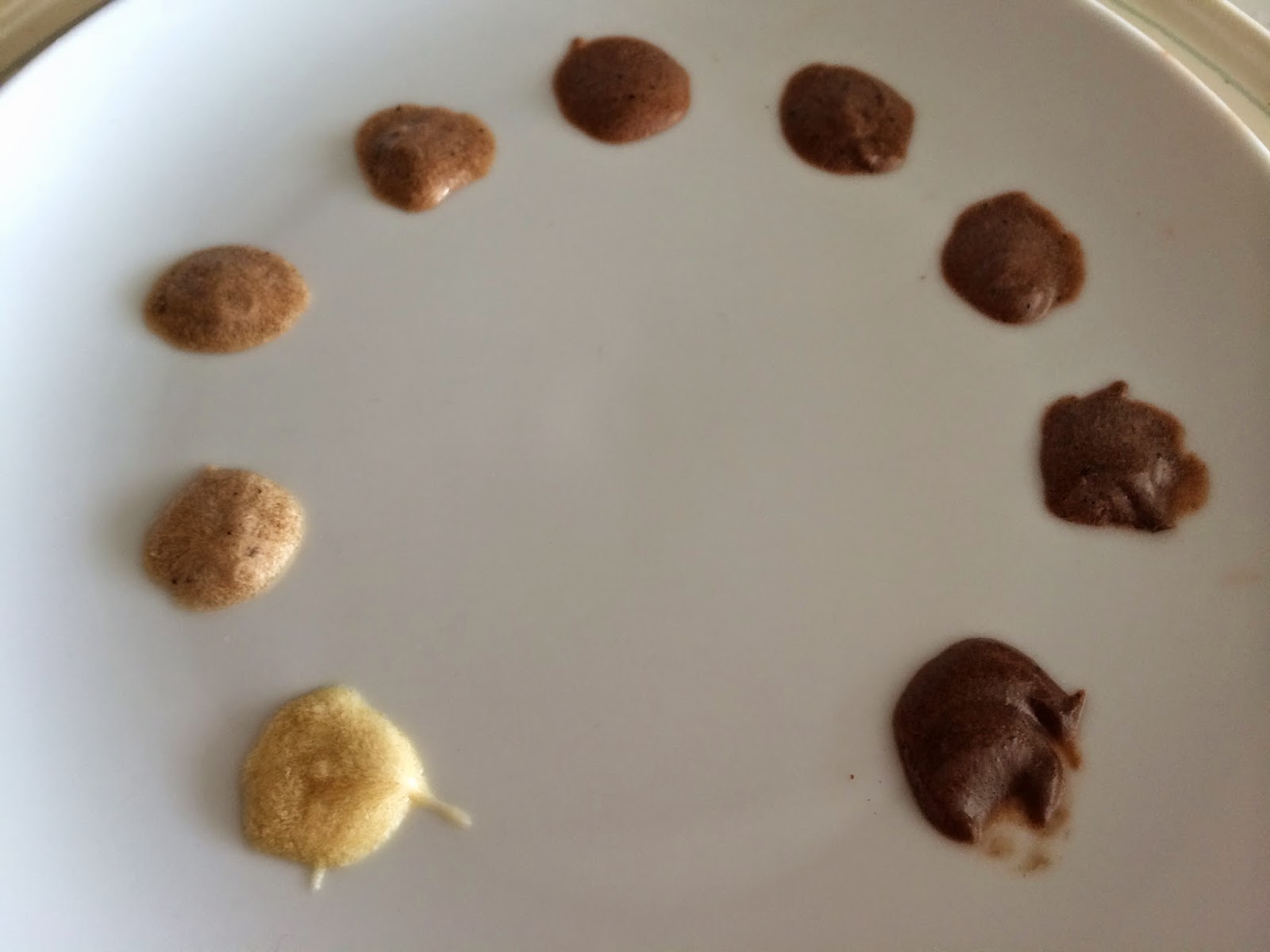 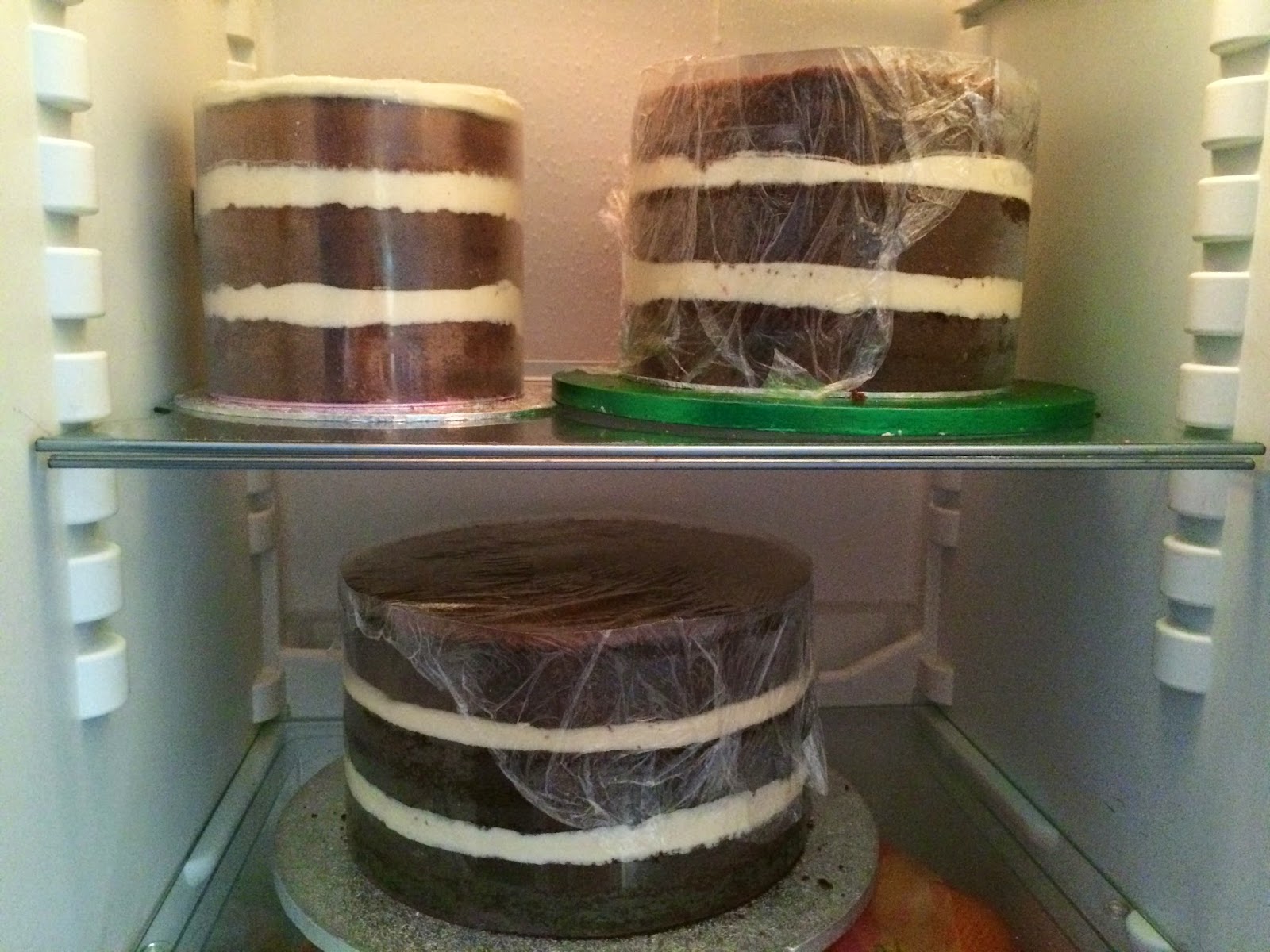 Unfortunately the crusts came out too dark, so the ombre is very subtle. A bit more experimentation will be required. I used clear plastic collars when sandwiching the cakes, both to keep the icing layers tidy and as support in transport. The cake was then assembled on site. 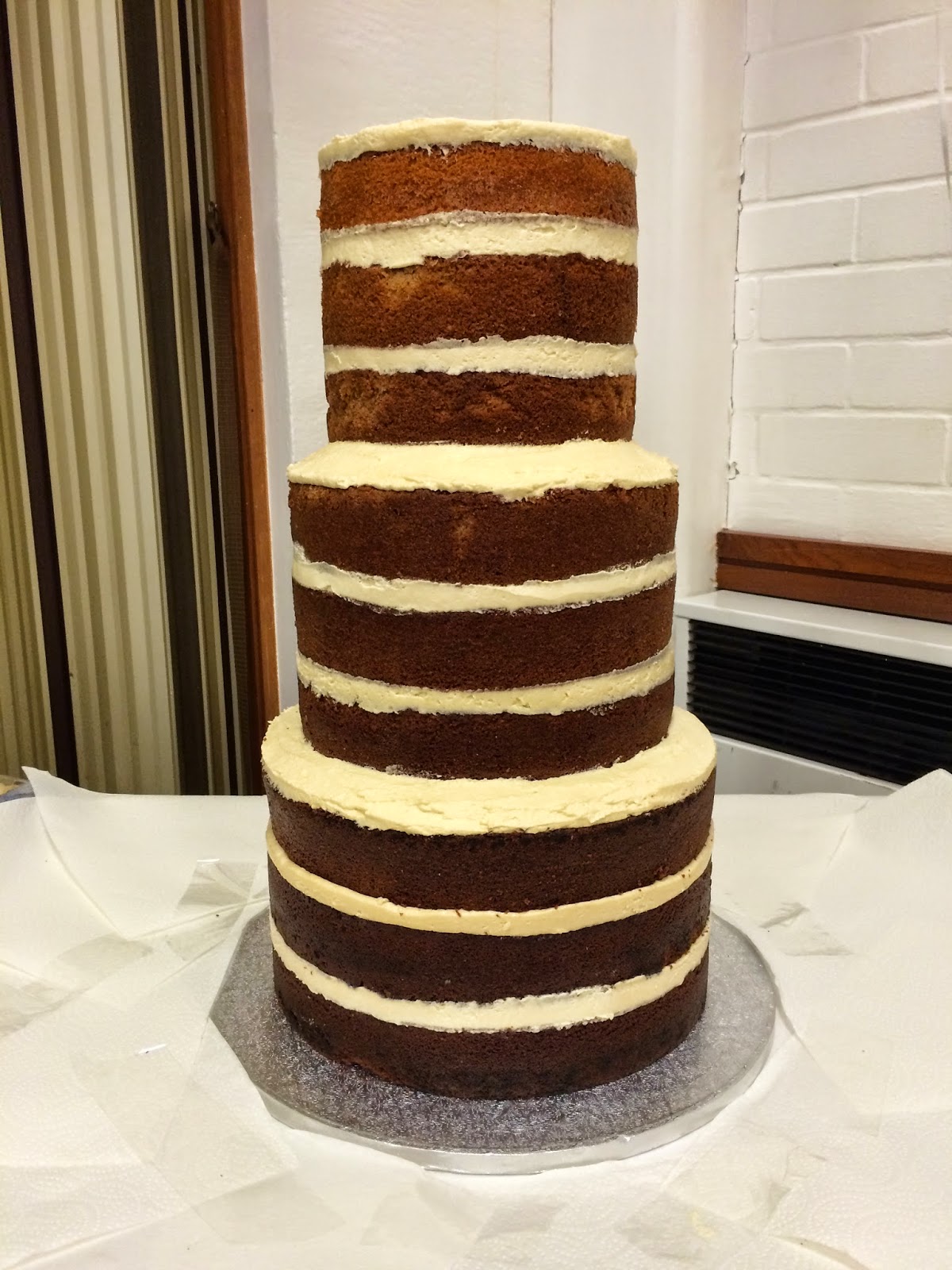 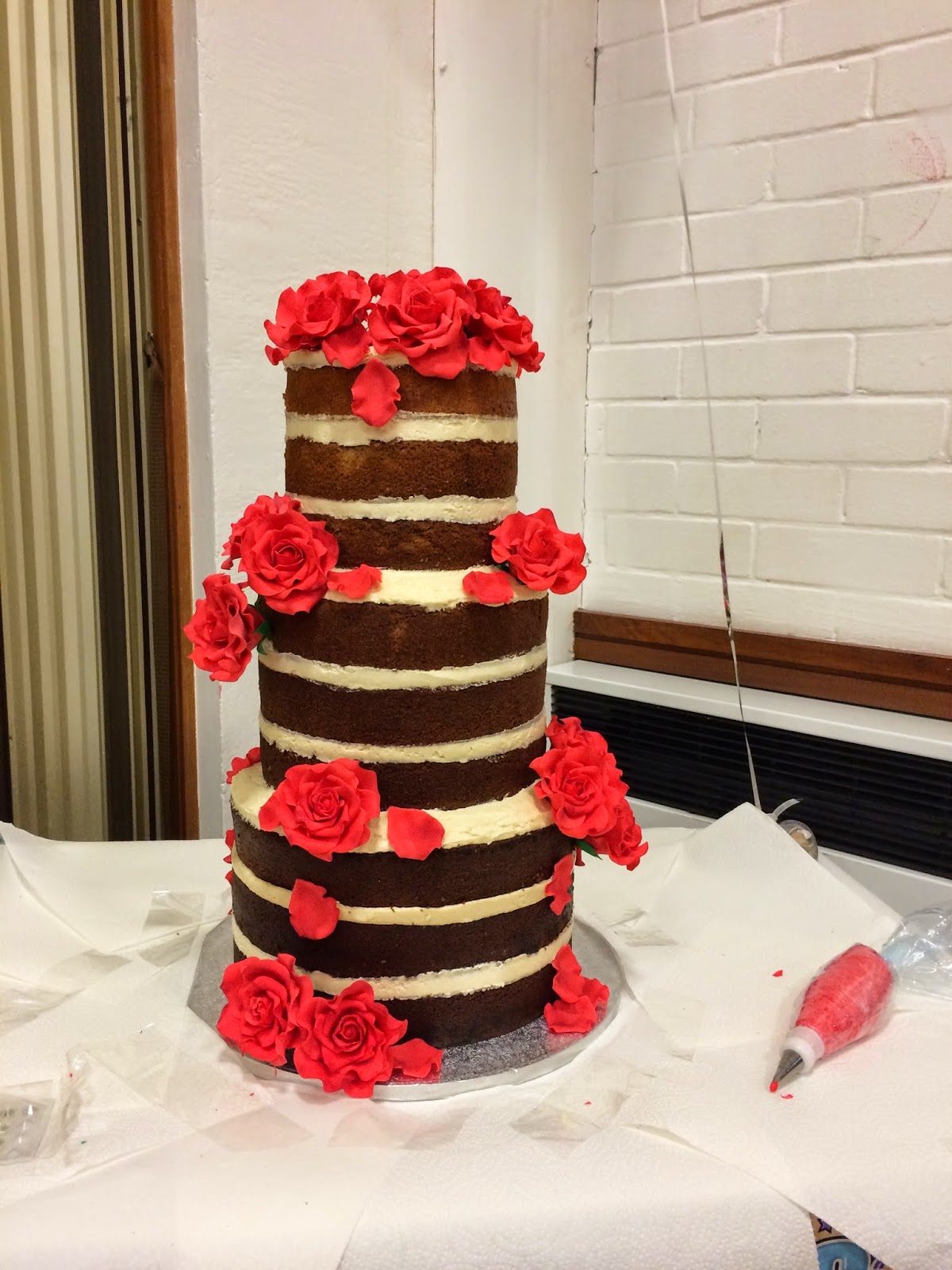 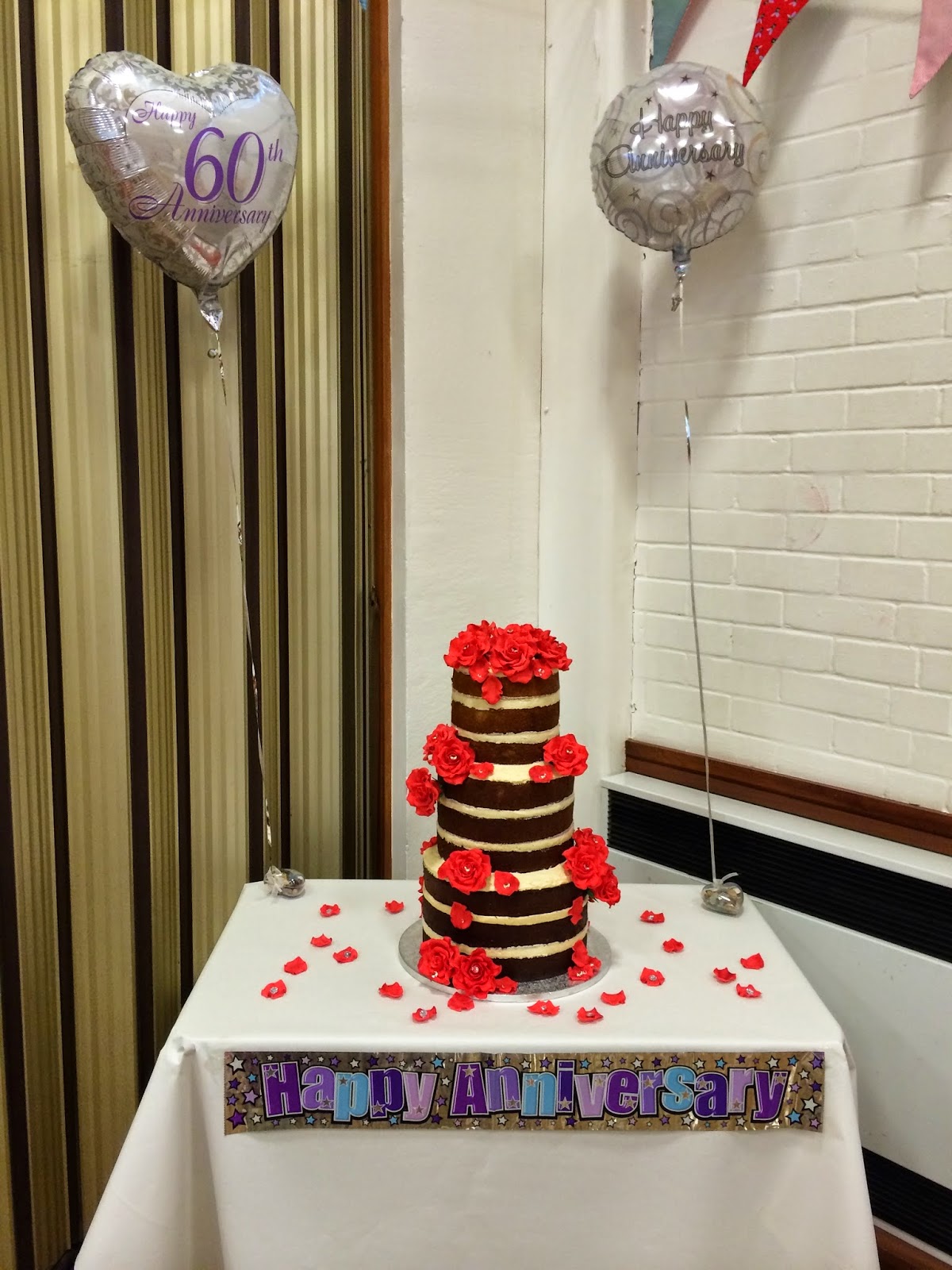 We had to keep a fan on the cake all evening as the weather was so hot, we were afraid it would melt. As it turns out, we we right to be afraid. Once the cake was moved away from the fan for cutting, it didn't take long for the icing to start melting. 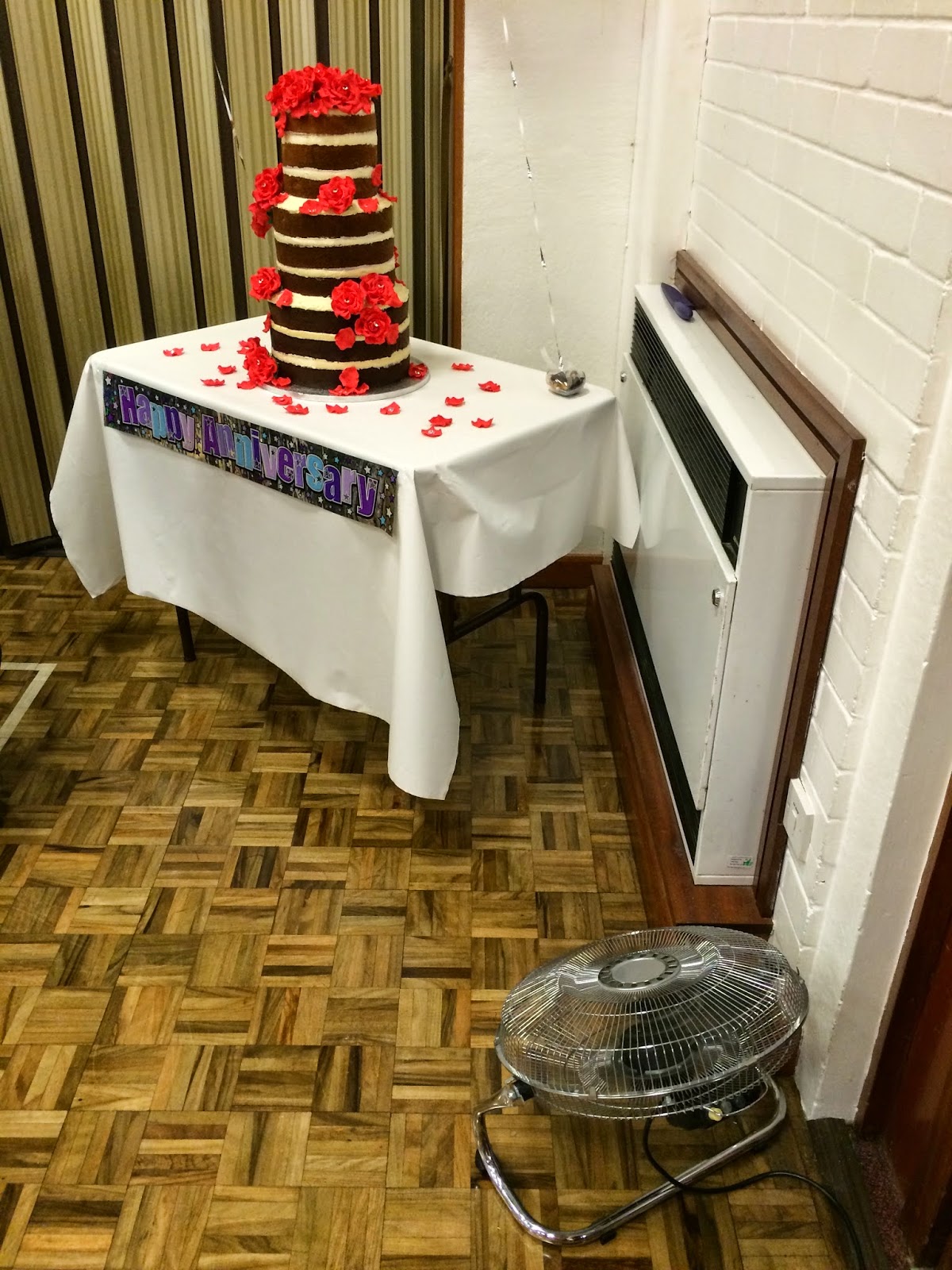 The ombre looked much better on the inside. 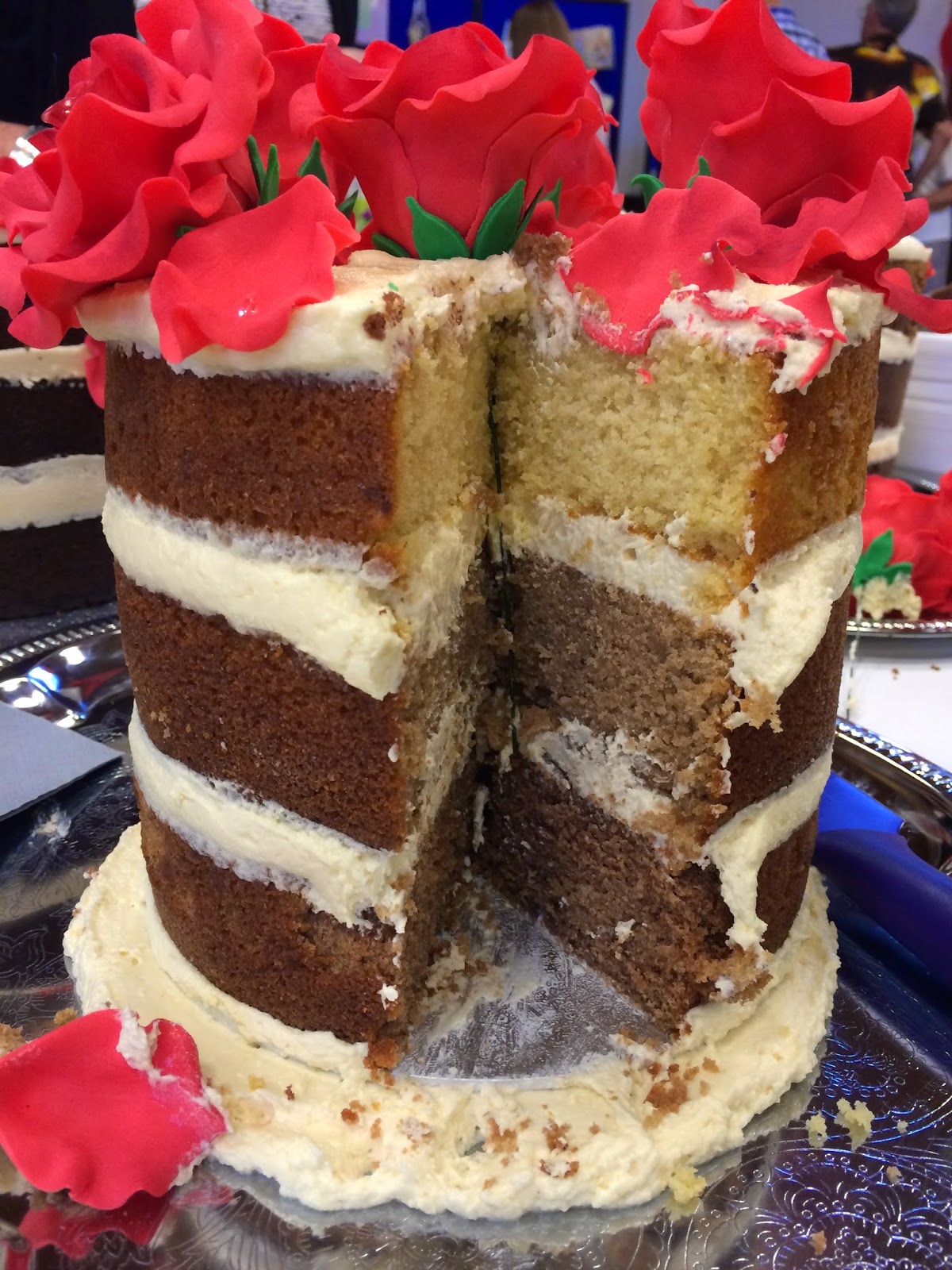 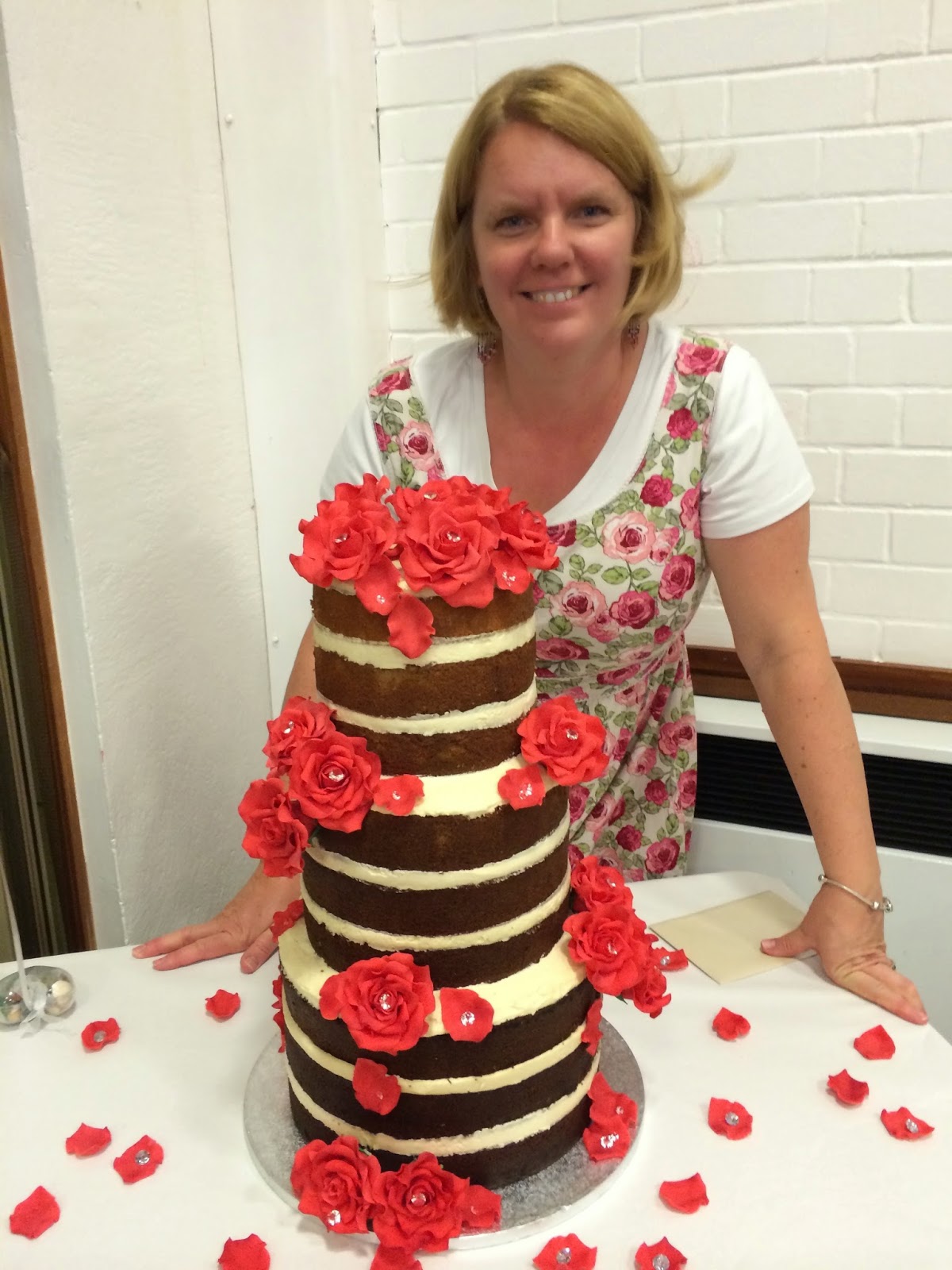