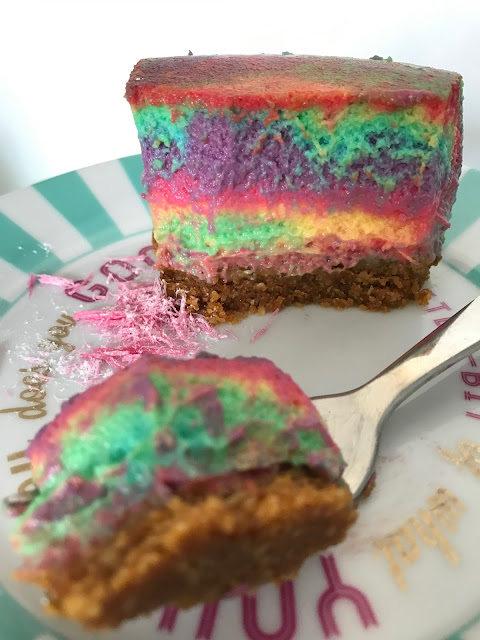 So, my daughter requested a cheesecake for he birthday (the actual day, not her party), so I decided to be ambitious and make a RAINBOW cheesecake. This was actually only the second baked cheesecake I have ever attempted, so I am quite delighted with the result (the first one was not pretty at all!) 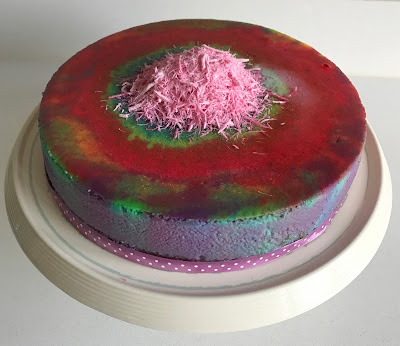 To make matters even more complicated, a friend posted a video of a Unicorn Cheesecake (by Cake Style) on my FaceBook wall the other day, and I just LOVED the Persian Fairy Floss on top, so I just had to try and make that too (as you do). 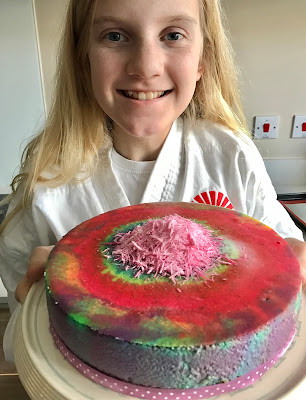 My floss didn't quite turn out right, but it looked pretty and tasted delicious! It created a lovely contrast in texture when eating the cake. 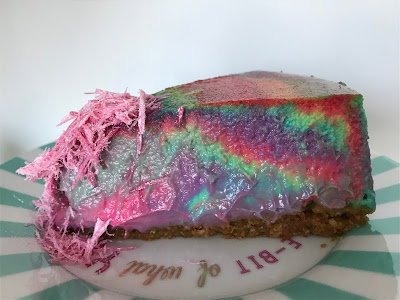 The cake itself wasn't perfect either, I believe it could have done with a little bit more time in the oven. It sure was pretty though! And tasted divine, very light with a delicate (not too cheesy) flavour.

I managed to get a hole in my tin foil, and a little bit of water got in, so there was a bit of a soggy base and cake collapse on the one side (though not too bad). I will double wrap next time. 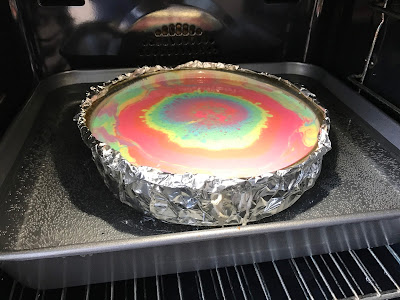 I used a video tutorial by Henrys HowTos to make my Fairy Floss.

Attempt 1:
Syrup looked OK, but crystallisation set in when cooling and the entire puck clouded up. 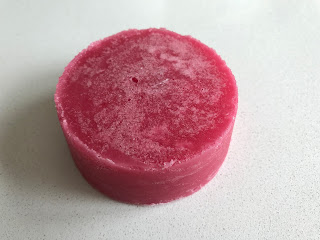 Attempt 2:
The syrup was perfect, but I still got some crystallisation in the very centre. I tried pulling it anyway and it was promising to start with, but then didn't go well. Only managed about 4 folds. 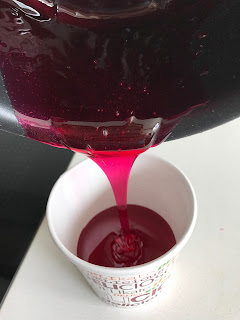 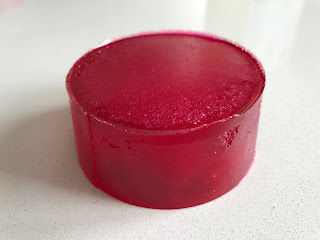 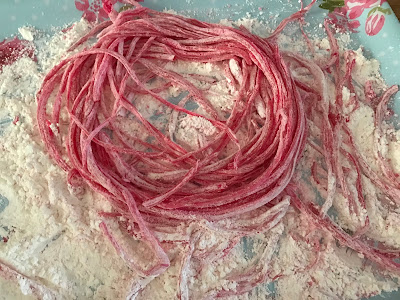 Attempt 3:
Again, my syrup was good, but before the puck was cooled properly I could see some crystallisation happening! I quickly scooped out the crystallised bit (it looks like it forms on the thin pouring ribbons right at the end of the pour) and worked the bit of sugar that looked OK. 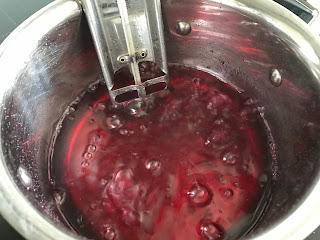 It was going so well! But my technique needs work. After about 7 folds my strands kept breaking until I couldn't work it in a loop anymore. I pulled it a few more times as straight strands, but the ends started clumping together and the strands were becoming more and more uneven. It was a really good attempt though. I thought, if I gave it one more shot, I was sure to get it right! 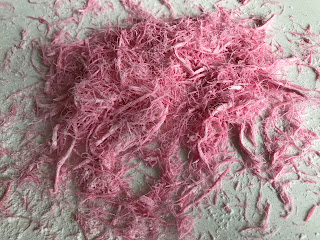 Attempt 4:
Well, it was an utter disaster. Apparently my sugar thermometer decided to stop working! It said that my sugar was about 10 degrees away from where I needed it when suddenly I noticed a burnt sugar smell and the sugar started going brown. Sigh. Oh well, I'll try again another day... 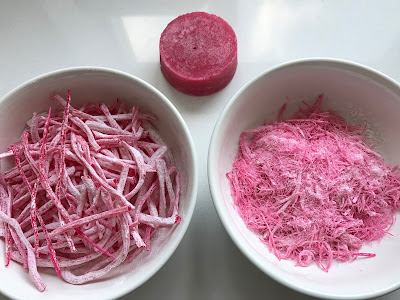 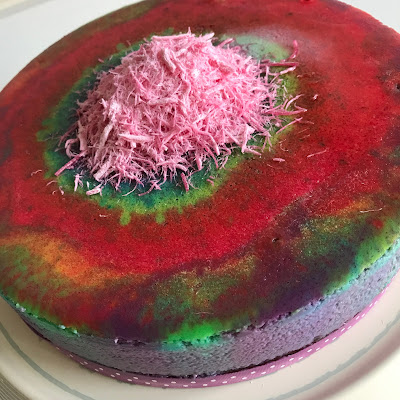 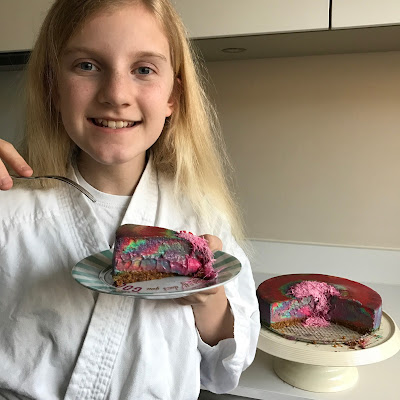