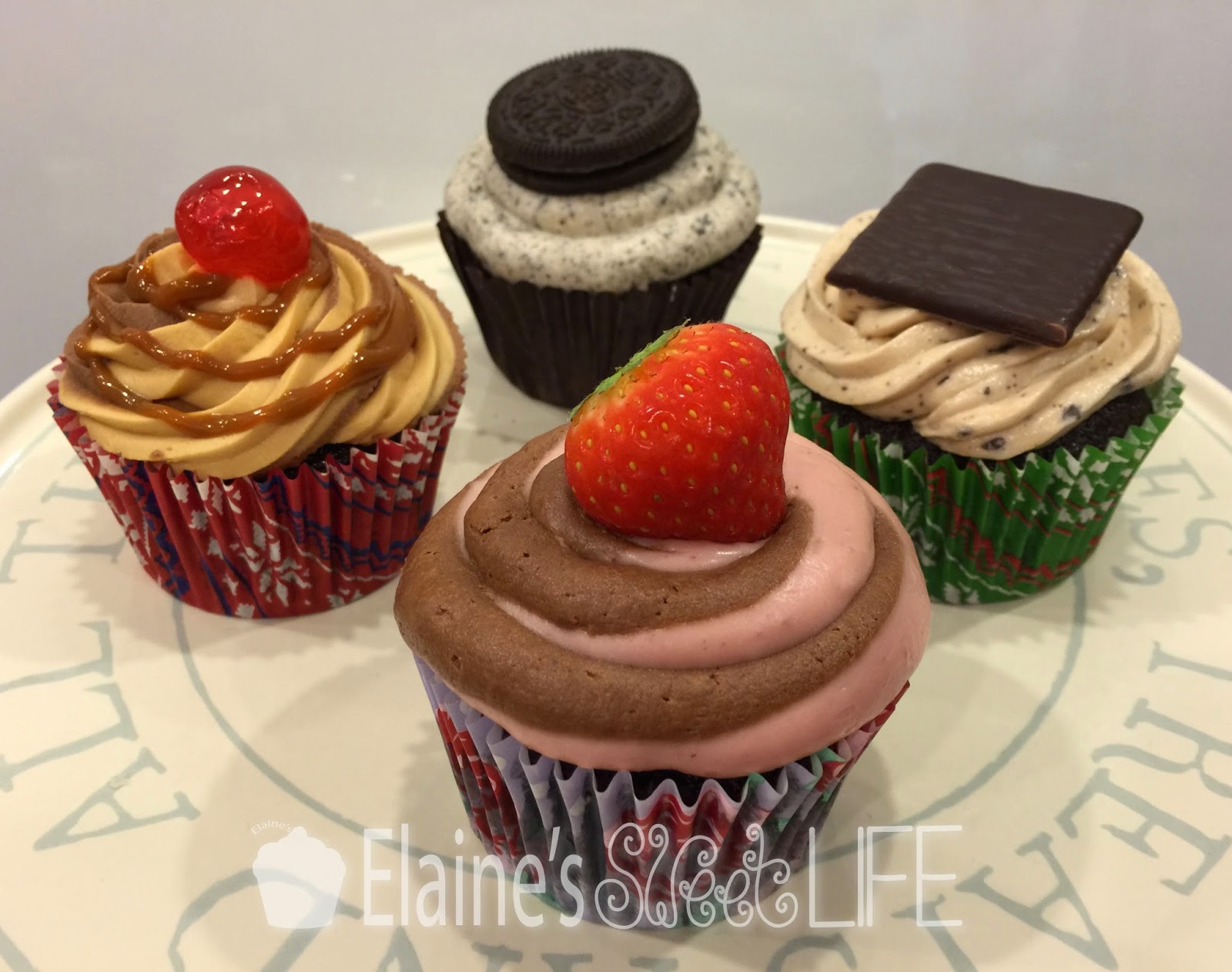 We celebrated our Ward's 50th Anniversary this weekend with a party on Saturday, and a special service on Sunday. As I am the Ward 'cake lady' I was asked if I would make a cake for the party on Saturday. I, however, had a really bad week with my arm, and a cake was just not going to be a possibility, so I opted for a tower of Gourmet Cupcakes instead. 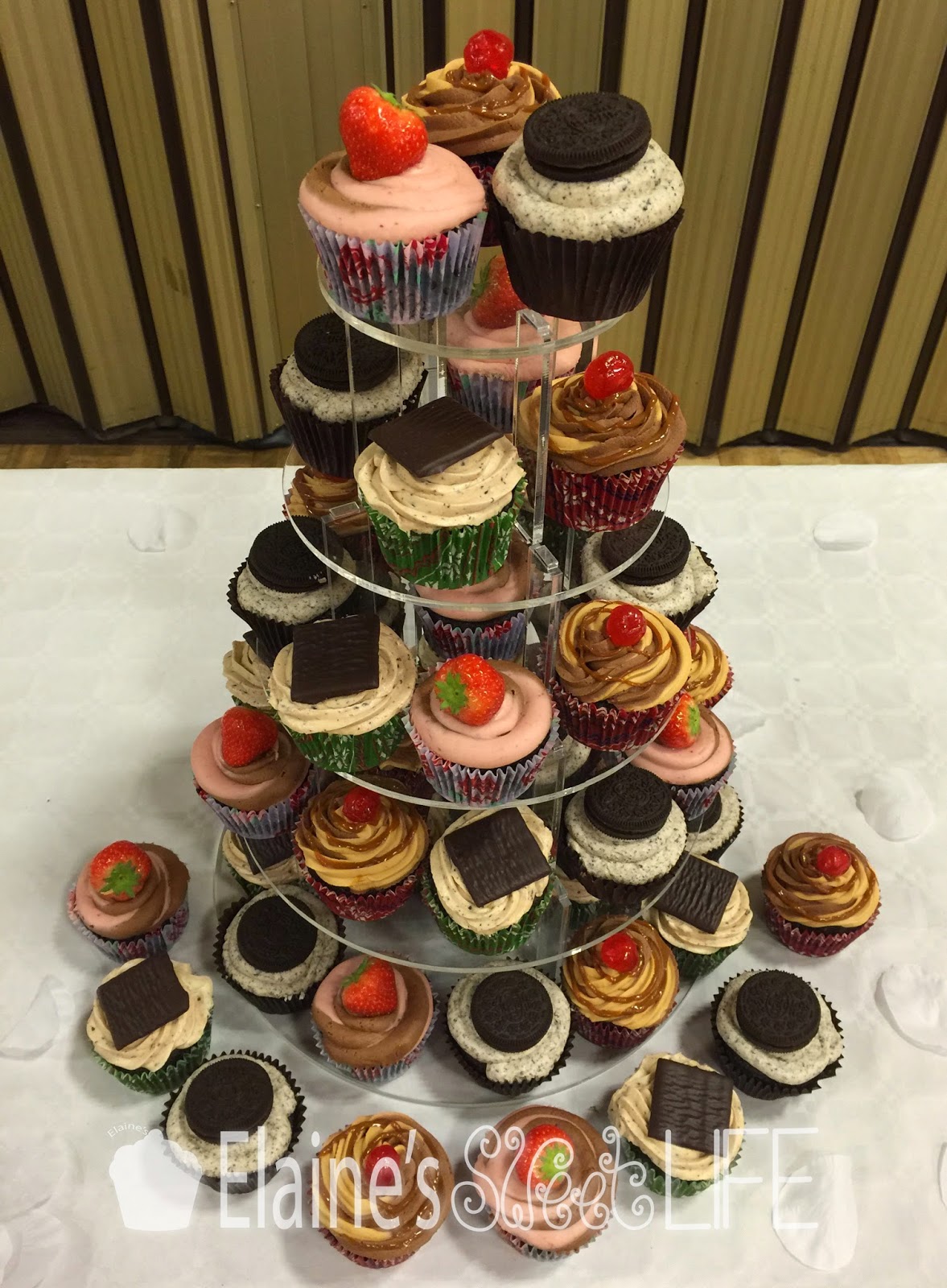 My son did all the hard work - I really wish I had taken more photos - but he is getting really good at baking with me :) 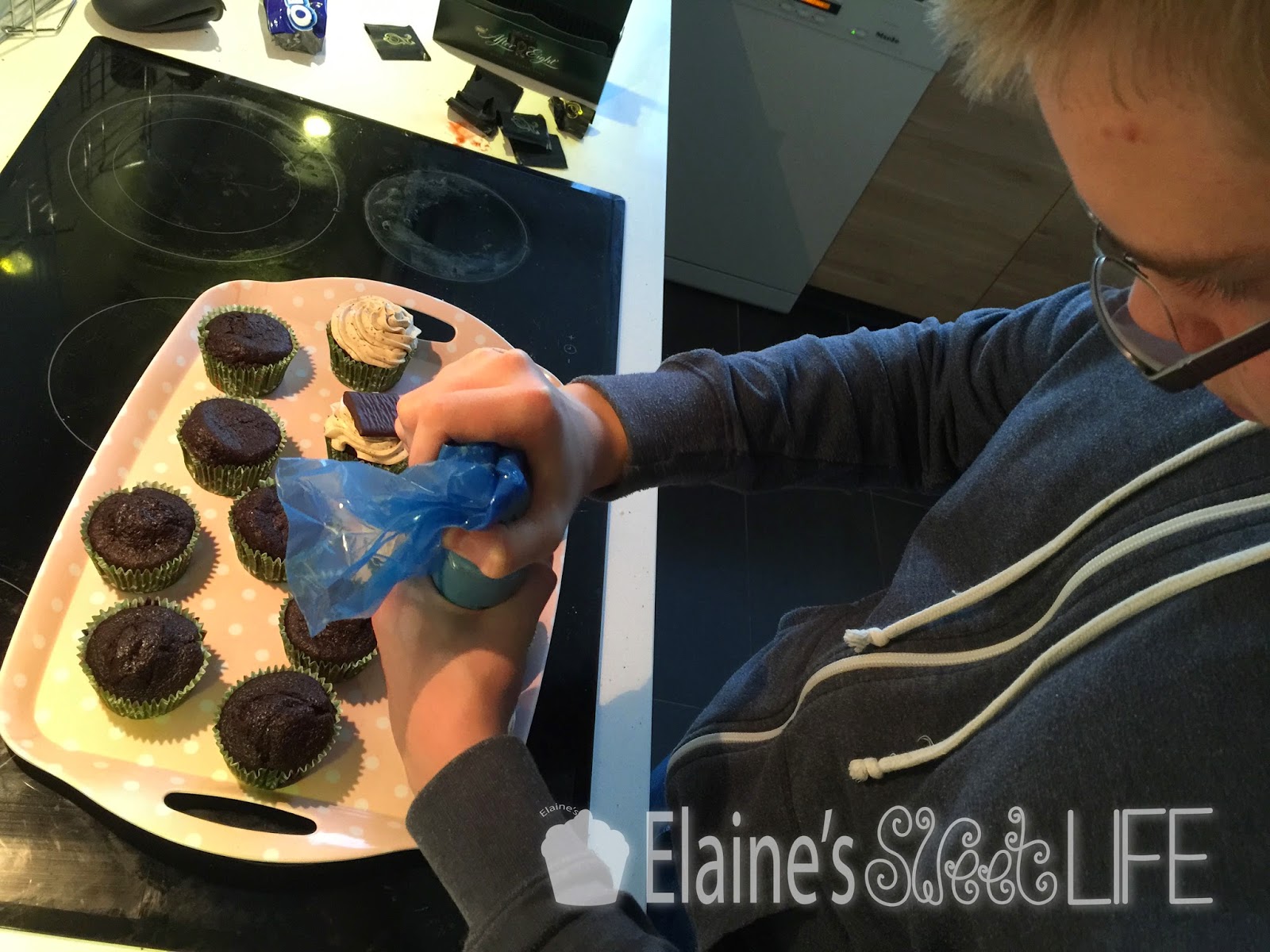 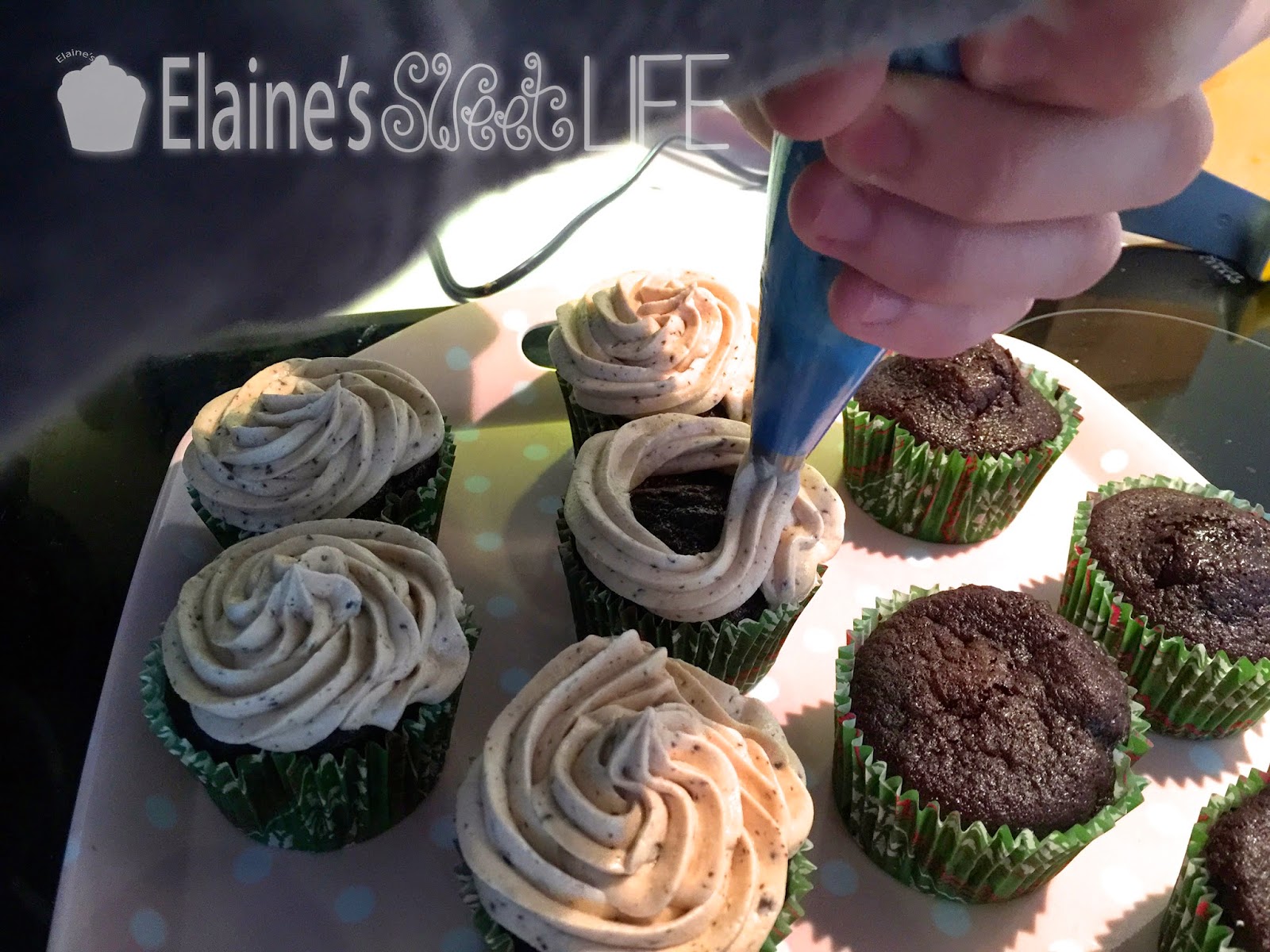 We decided to make 4 different flavour cupcakes, all using the same chocolate cake base. 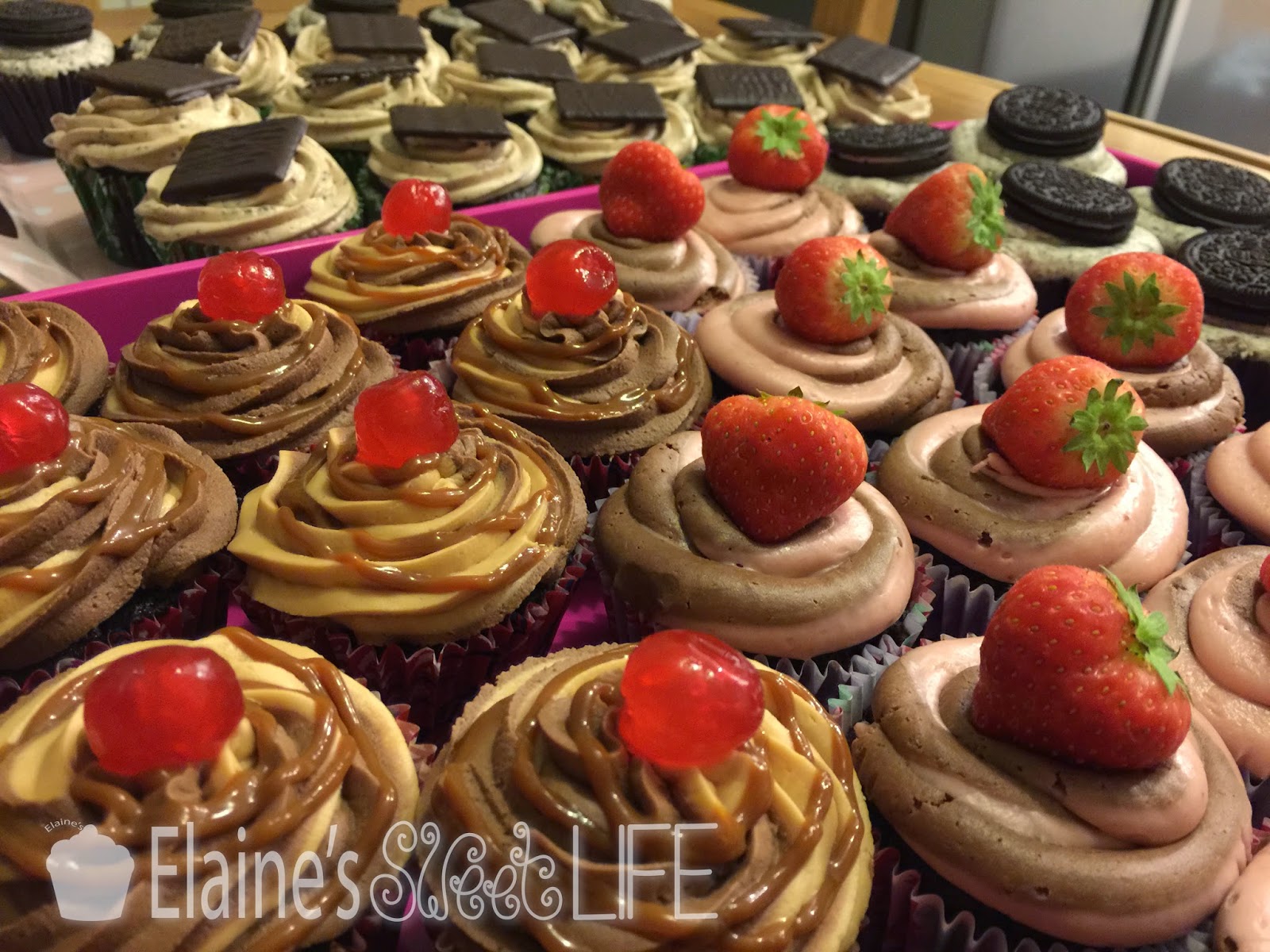 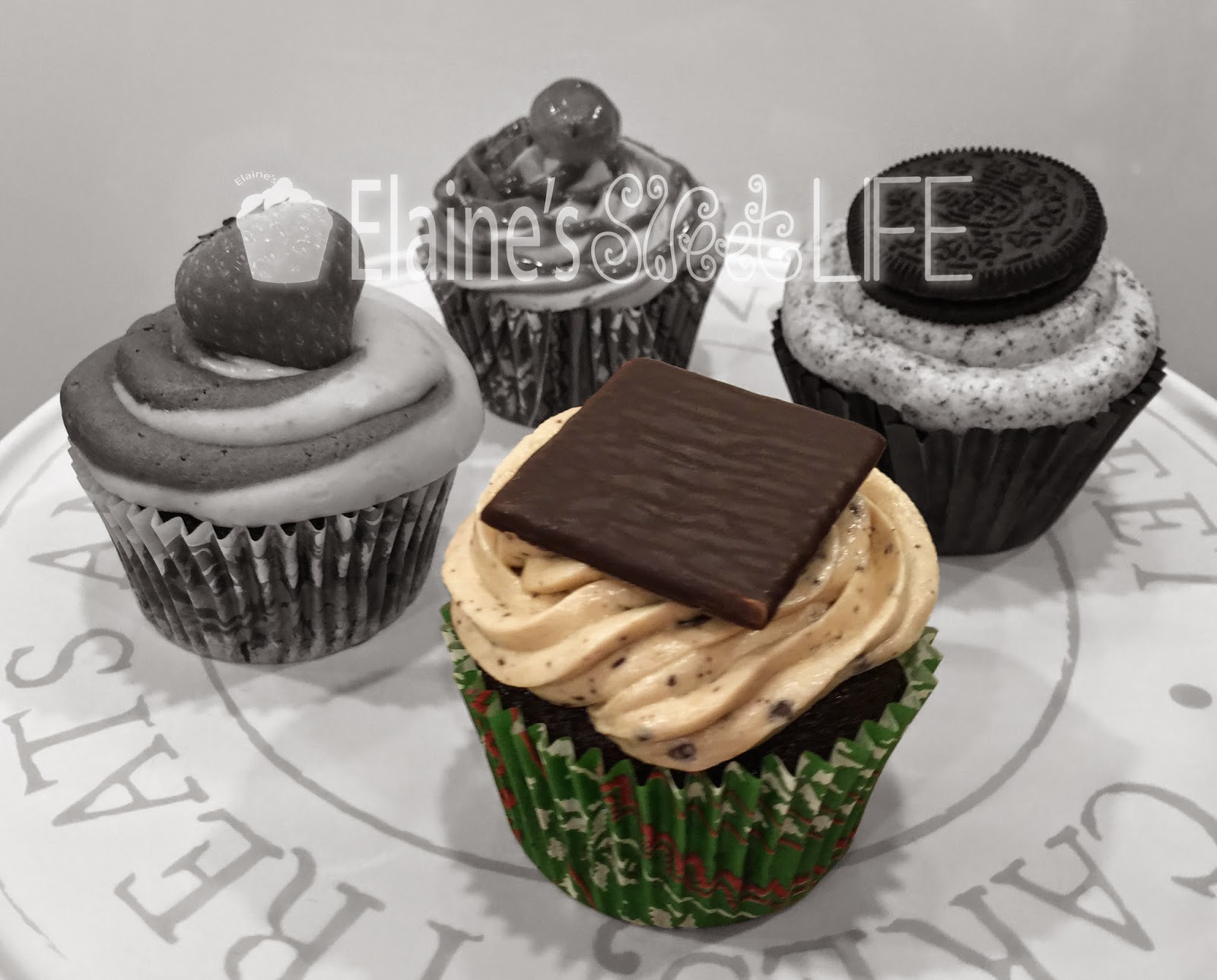 The inside is not all that impressive on this one, and the After Eight bakes into the cake, but it gives it a lovely flavour. 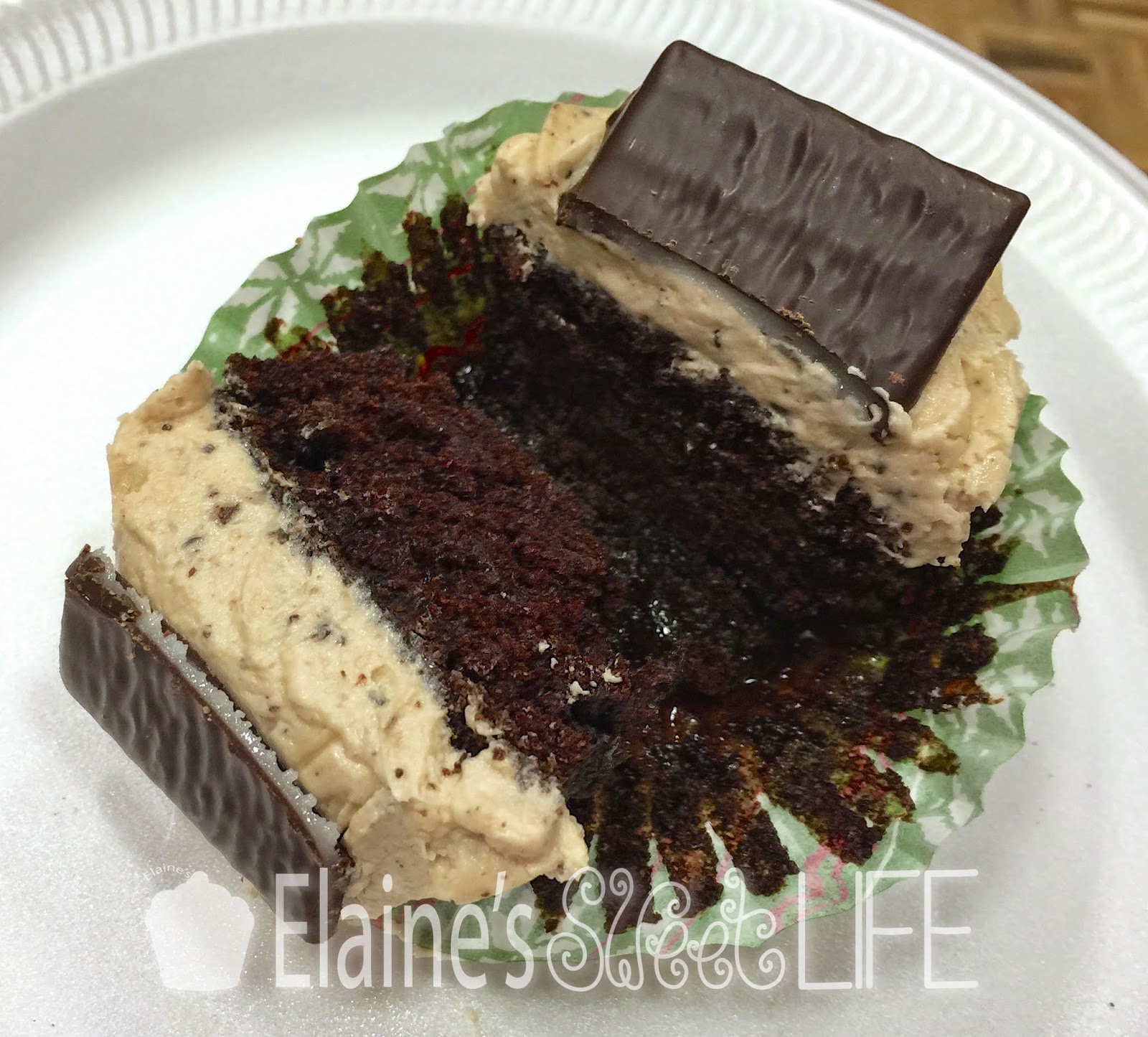 Next comes the Caramel Chocolate Cupcake.  This one has a chocolate cake stuffed with caramel, then topped with chocolate and caramel icing, a drizzle of caramel and a cherry. 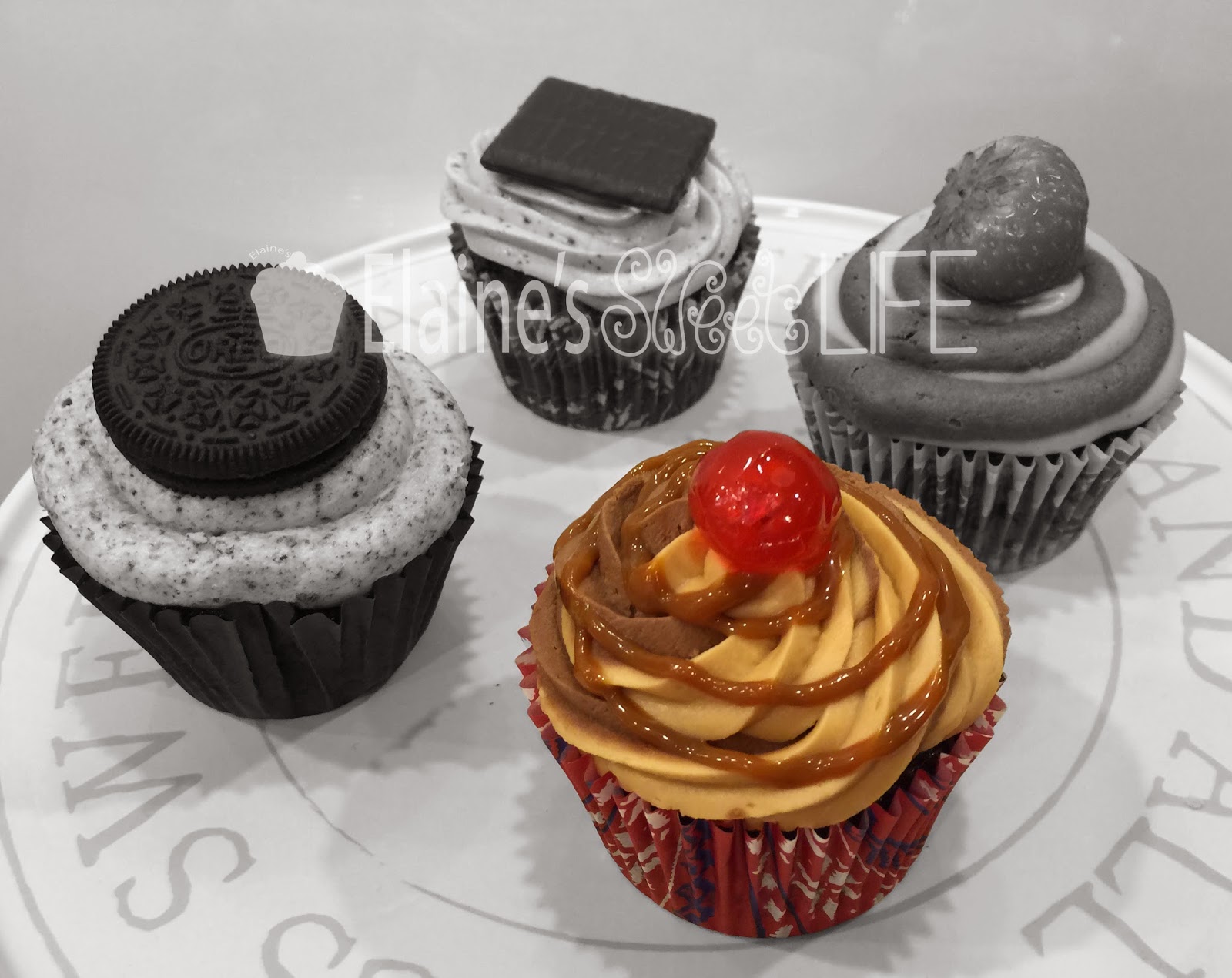 This was a very rich cupcake. 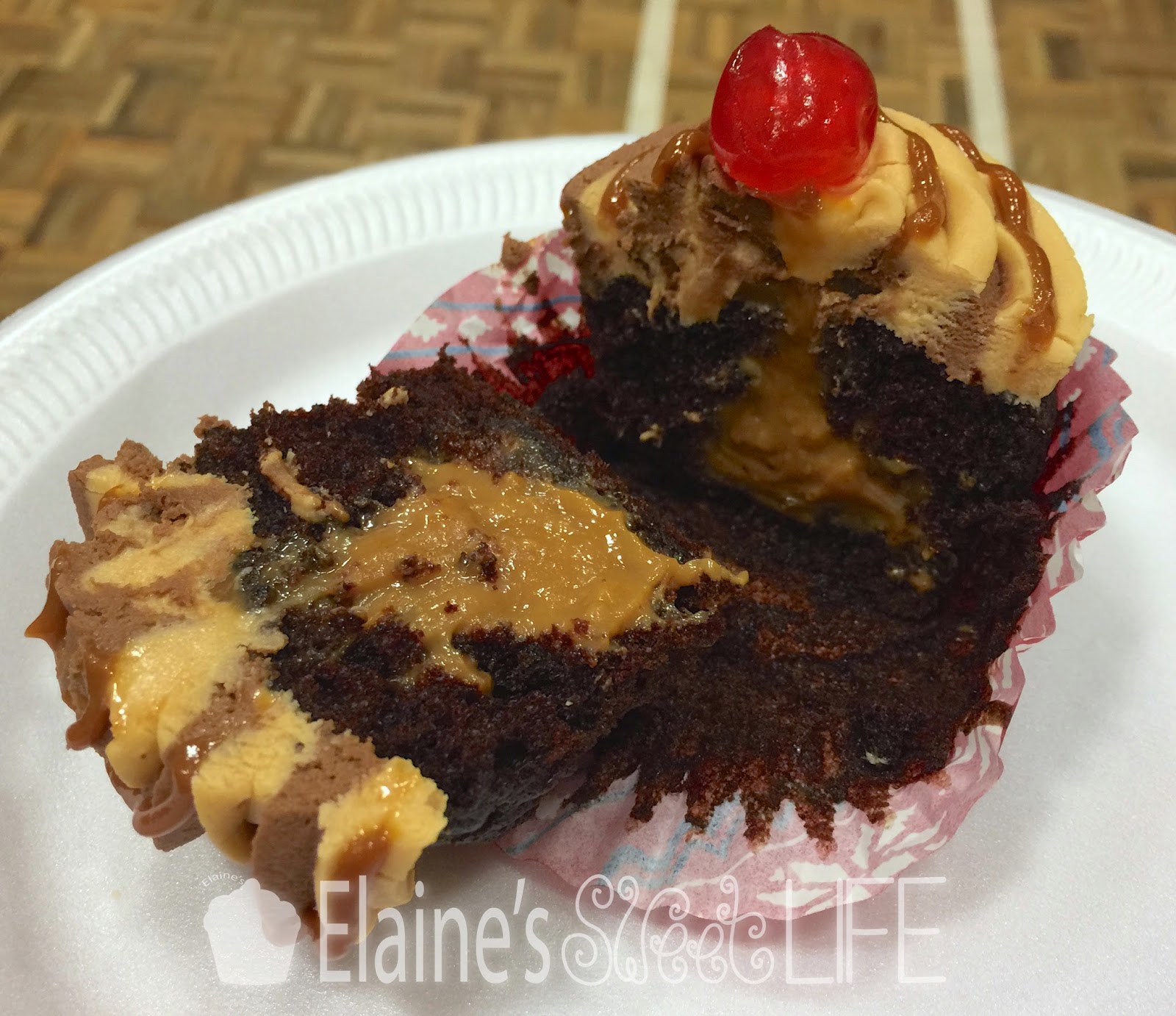 This was my favourite - the Strawberry Chocolate Cupcake. Chocolate cake stuffed with homemade strawberry gel, topped with real strawberry puree and chocolate icing, and of course, a strawberry. I am not a fan of strawberry flavouring at all, so I only used real strawberries (fresh and frozen) in this cupcake - and it was delicious!! 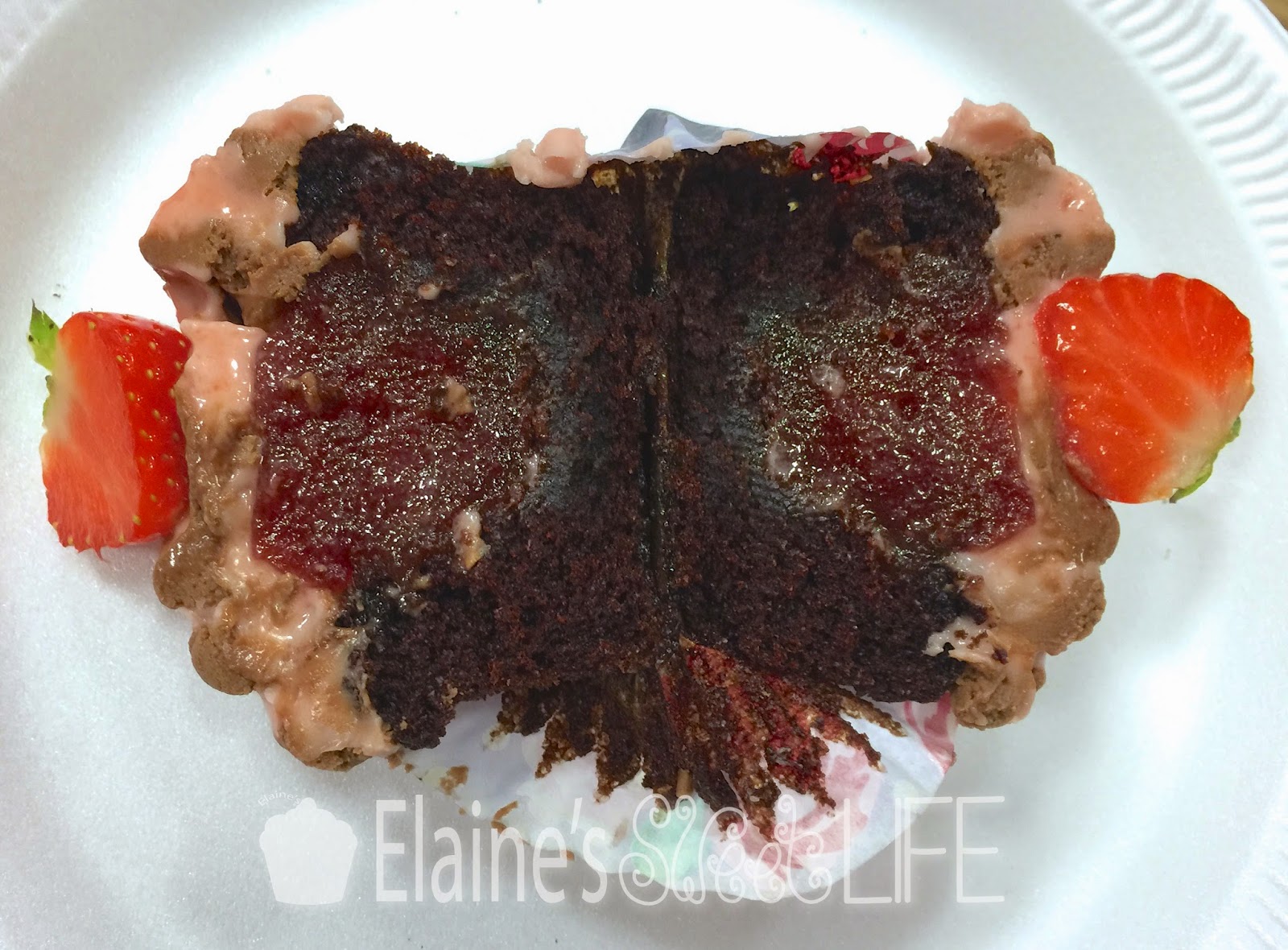 Finally, the Oreo Cupcake. Chocolate cake with an Oreo baked inside, vanilla and crushed Oreo icing and an Oreo on top. 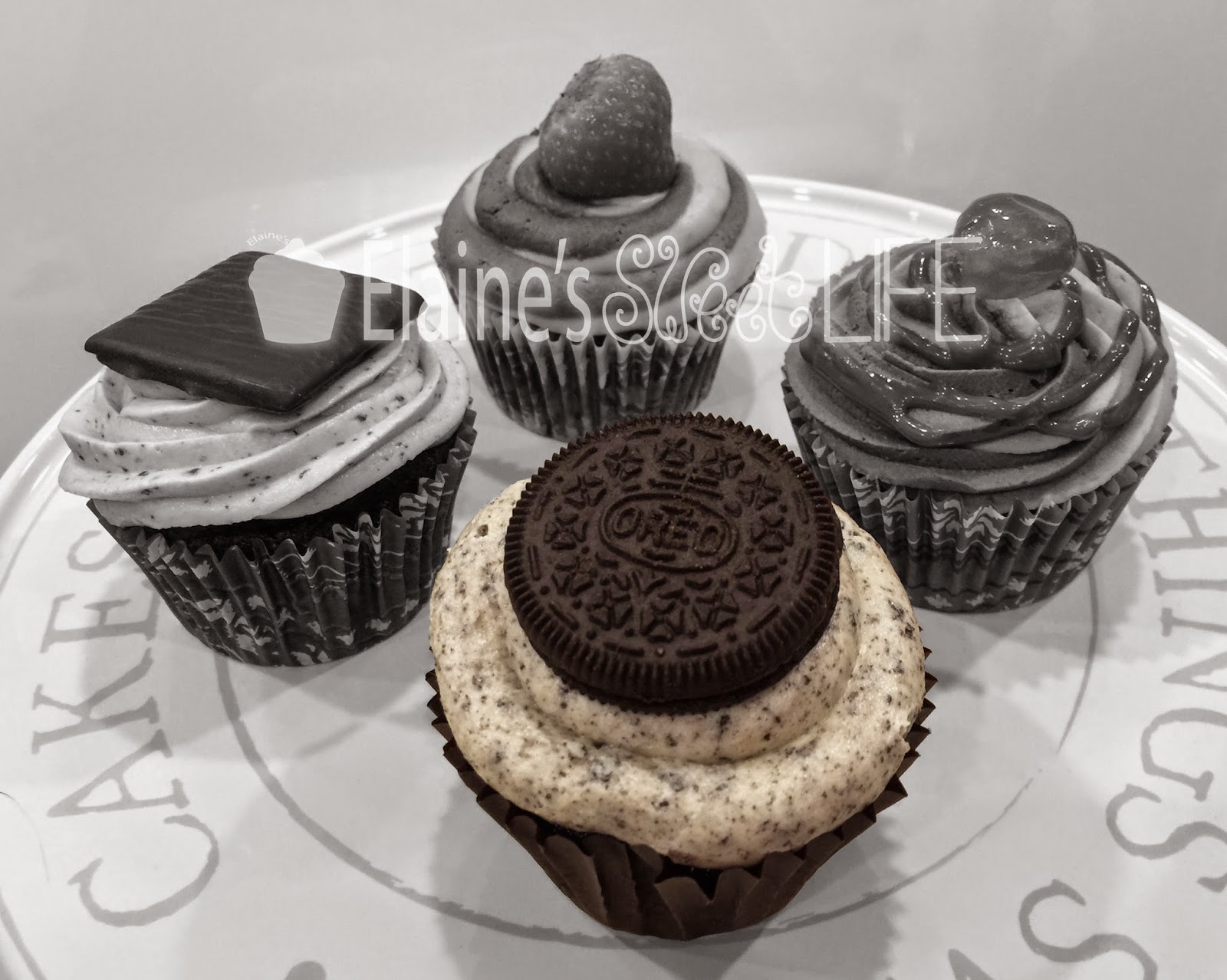 You just can't beat a classic. 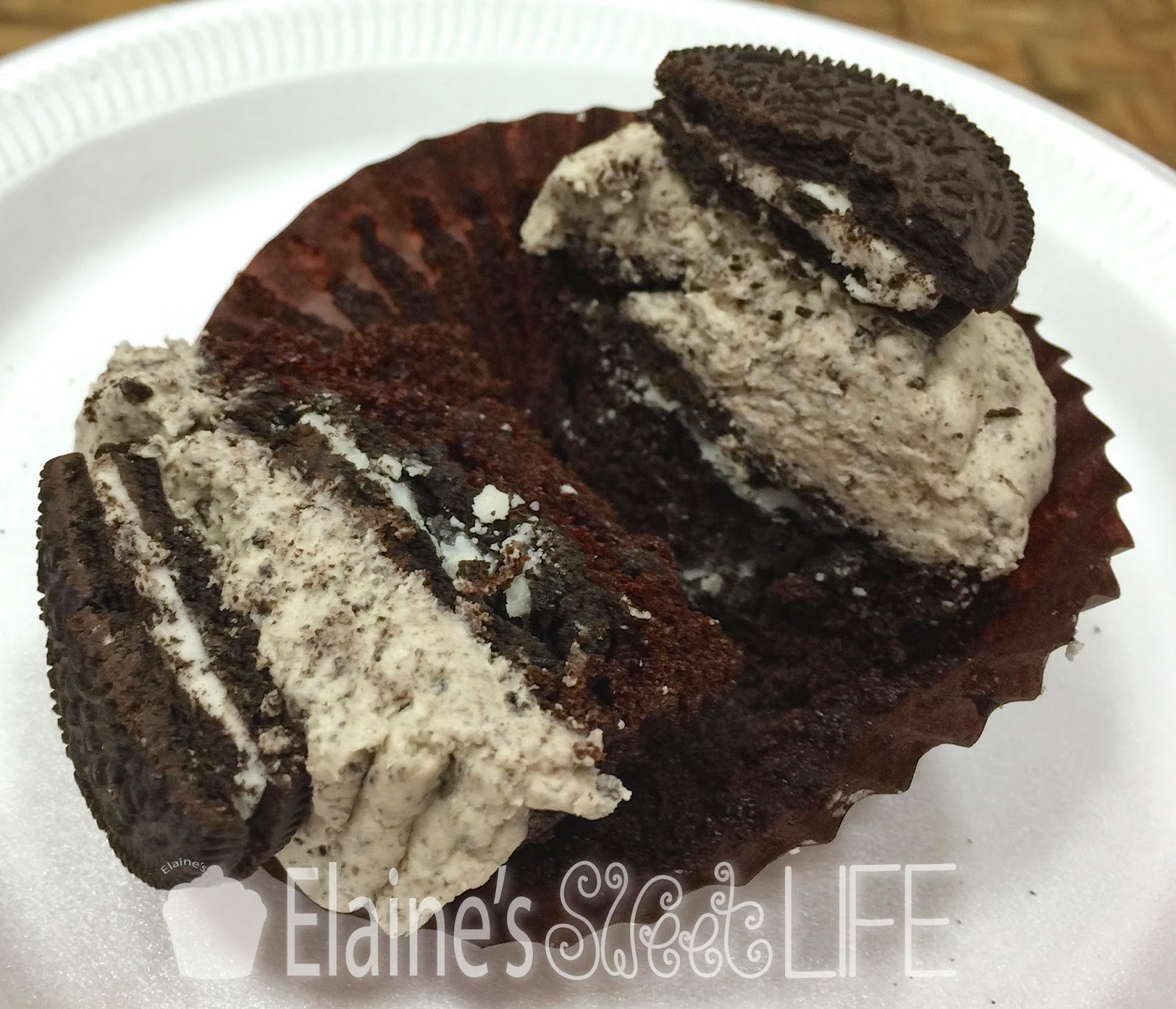 Well done Jon, you did an amazing job xx 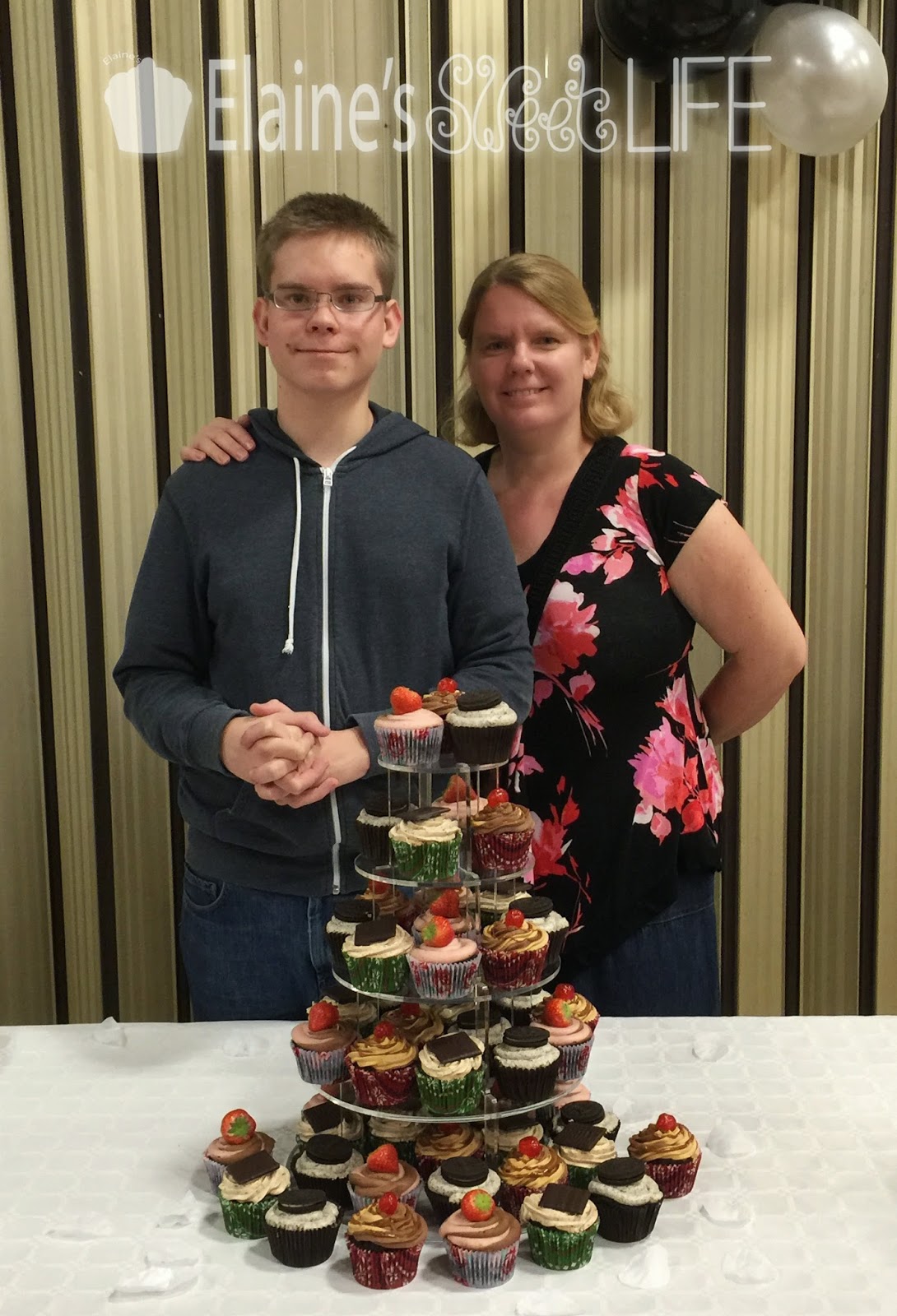